Thank you so much for this wonderful opportunity. SURF allowed me to work closely with three good friends on an incredibly interesting project, and none of this would have been possible without you. It is because of programs like these that students are able to be exposed to research at an undergraduate level and learn more about what is to be a researcher and a person as well. For me in particular, this project opened my eyes to new and exciting branches of research, and for that I am truly grateful. 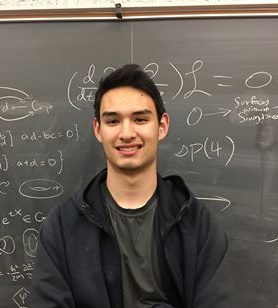