The current treatment for cholera infection is hydration with sanitary water and salts to replenish the nutrients and water lost through diarrhea. The World Health Organization estimates that 120,000 people die each year from cholera infection alone, with the majority of deaths in developing countries which have neither the infrastructure nor resources to treat patients. Current vaccines are ineffective; therefore, researchers are turning to alternative ways to stop the spread of cholera. While trying to understand a unique genetic island that Vibrio Cholerae uses to protect itself from viral infection, we found two genes. The first was named TafA and is a seemingly harsh toxin for both the infected cell and neighboring V. Cholera around it. TafB, the second gene, when co-expressed with TafA seems to detoxify TafA in an unknown mechanism. In my project, I will work to purify these proteins and analyze them to see how they interact with each other and with the cells. Our findings could help improve the prevention of cholera infection.

Thank you to the Rose Hills Foundation for funding my summer research! Not only did I get a completely new perspective on what it means to be a full-time researcher, but I also got a taste of what I might expect if I went to graduate school. I had been on the fence about grad school for a while - 5 more years is a long time, especially in your 20's - but because I got the chance to focus on this entirely, I found out how much I really love the whole experimental design process. Previously, I would come into lab, after classes, or in between work, and really only have time to set up experiments that other graduate students had already prepared. But over the summer, it was all me, and it made the work that I was doing that much more meaningful! I decided to join the Seed Lab at Berkeley, which is heavily microbiology and genetics (a field in which I had little experience in) and I did so because I feel like experiential learning is far more impactful than lecture style learning. And in our college culture today, it's common for people to double or even triple major - rather than dive into the research and learn hands on because there's a lack of support like this for students. I'm incredibly grateful that this program and Rose Hills also acknowledge the importance that experience harbors, and that I was lucky enough to be sponsored by you! This has been one of the best, most informative summers of my life, and again I thank you for being a part of my learning, and investing in my future! 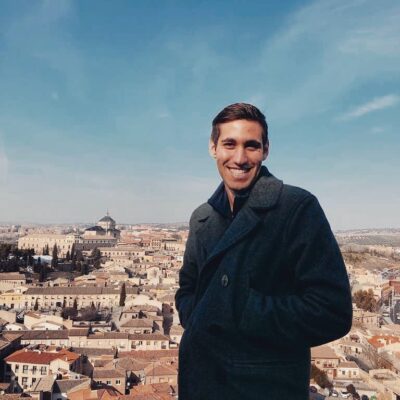