G protein-coupled receptors (GPCRs) are plasma membrane localized receptors found in eukaryotic cells. GPCRs are common targets of pharmaceutical drugs because they mediate cellular responses to hormones, neurotransmitters, and environmental stimulants and are also involved in vision, olfaction, and taste. An important aspect of GPCR biology is negative regulation, or turning off a pathway to avoid deleterious effects of constant signaling. One mechanism for this is internalization, bringing the receptor from the membrane into the cell.
The mating pathway of Saccharomyces cerevisiae (budding yeast) can be used to study GPCRs; one of which is Ste2. Internalization of Ste2 relies on help from certain -arrestins, specifically Ldb19, Rod1, and Rog3. The mechanism by which Ldb19 and Rod1 function is known, but Rog3 has been suggested to be able to work through a different mechanism. I am interested in better understanding Rog3. This summer I will identify which residues of Rog3 are relevant to internalization by mutating different residues and using halo assays to test if internalization still occurs. Comparing the locations of these residues to those of residues on -arrestins (which are related to -arrestins but found in human cells instead) known to be important for internalization will help determine whether Rog3 may be acting more like the human -arrestins than the other yeast -arrestins.

I sincerely thank the Rose Hills Foundation and SURF program for their generous support that will allow me to focus fully on research this summer as well as receive guidance for career development and meet other students who are conducting a large variety of research. Getting involved in research has been a significant part of my college experience thus far and has influenced what I plan to do in the future in unexpected ways. I'm excited to have the chance to delve deeper into it this summer. 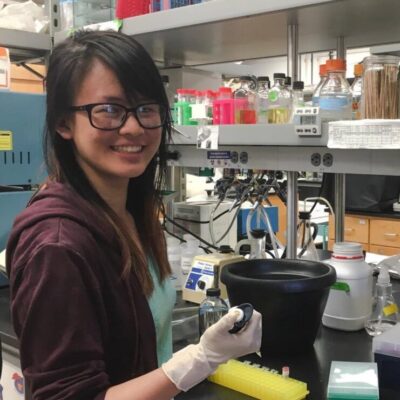