Many animal behavior theories are based on honest communication and predict low levels of cheating and dishonesty. However, new studies are beginning to show that certain systems are prone to cheaters. This study will be among the first to focus on hermit crabs and their claw regeneration, and the potential dishonest message that claw may send. Male hermit crabs have a sexually dimorphic larger right claw used to fight and defend territories. When lost or damaged, hermit crabs are able to regenerate their claw, re-growing it to its original size and shape. This study hopes to uncover if regenerated claws of marine hermit crabs, Pagurus samuelis, are as powerful as their original claws and if they act as dishonest signals to other conspecifics. The findings from this study will show if dishonesty is adaptive for these hermit crabs in order to fend off other males and deter predators.

The Summer Undergraduate Research Fellowship is a magnificent program that allows and supports students, such as myself, to pursue scientific and intellectual questions, that otherwise would be impossible due to financial limitations. This fellowship has allowed me to achieve a long sought after goal of independent research with mentor-ship and guidance from esteemed faculty and staff at UC Berkeley to help me along the way and keep me on track. I hope to gain insight into dishonest animal communication through this research opportunity and to revise existing animal behavior theories based on my findings. 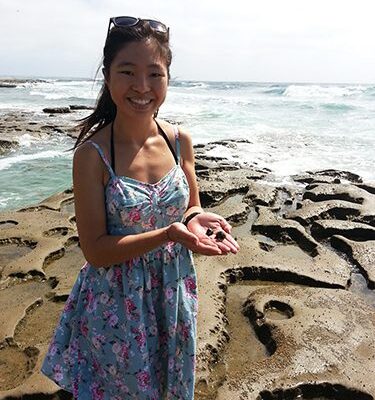