The prevalence of neurodegenerative diseases has reached an unprecedented level and is now a prominent threat to the health and wellbeing of our aging population. As a result, the demand for effective therapies has become of paramount importance. Studying proteins involved in neurodegeneration allows researchers to outline cellular pathways leading to disease, which in turn helps provide targets for drug molecules. Recently, scientists discovered a link between different neurodegenerative diseases and specific point mutations in triggering receptor expressed on myeloid cells 2 (TREM2). TREM2 is normally expressed at the cell surface and is believed to play a key role in the immune response of the brain. Recent studies suggest that mutant versions of TREM2 are defective in the transport of the protein to the cell surface. This summer, I will analyze mutant forms of TREM2 to determine where in the cell these defects are present in an attempt to understand how these mutations contribute to neurodegeneration.

My experience throughout these many weeks will empower me as an aspiring scientist, and will teach me invaluable lessons that can be applied both inside and outside of research. Thank you to SURF and the Rose Hills Foundation for giving me the opportunity to establish myself as an independent researcher and allowing me to cultivate my intellectual curiosity by investigating one of the causes of neurodegenerative diseases at one of the top research labs in the country. I'm gaining invaluable experience and furthering my study of molecular and cell biology because of your generous support. 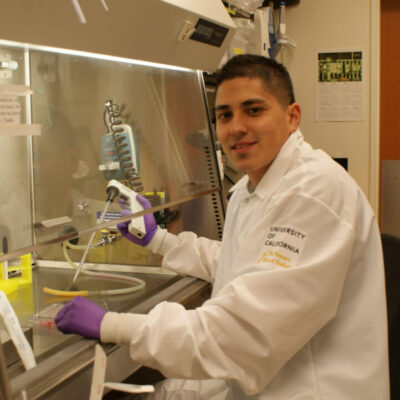