Given the vast amount of information on the internet, filtering is inevitable. No one can see, hear, or read everything. However, information filtering algorithms generally lead to anti-democratic outcomes in the distribution of political speech. Algorithms that rank by popularity or average rating tend to disproportionately suppress minority viewpoints, causing a ‘tyranny of the majority’ situation in which people see only the least controversial information. Meanwhile, algorithms that involve personalization tend to suppress information that diverges from readers’ own viewpoints, creating polarized ‘echo chambers’ where like-minded people speak only with themselves. In this research project, I investigate information filtering from the perspective of political representation. For example, I explore algorithmic techniques designed to maximize exposure to as many divergent viewpoints as possible. My strategy is to extend existing techniques from collaborative filtering in order to formulate algorithmic abstractions for political representation instead of homogeneity or mere serendipity.

When I came to the U.S. as a computer science student, I found remarkable enthusiasm about the democratic potential of new media. However, my experiences as an activist at home tell a complex story. In Mato Grosso do Sul, Brazil, the struggle to recover Indigenous land faces overwhelming difficulty crossing information barriers. While the old media oligopoly continues to rule, the voices of Indigenous peoples are systemically filtered out. I thank SURF and the JSB Fund for the chance to investigate this problem. The fellowship provides a rare opportunity to work on this highly interdisciplinary exploration with few limitations and outstanding support. 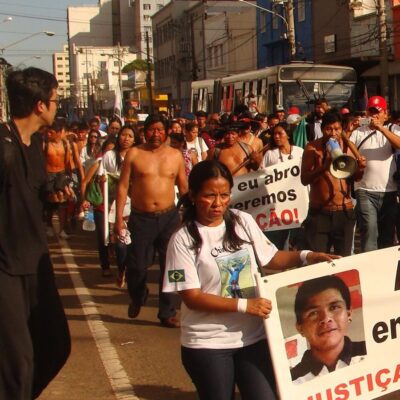