Thought and Discourse about Israel Among American Jewish Young Adults

I am interested in developing a deeper understanding of the current system of thought and discourse surrounding Israel among the new generation of American Jewish young adults, seen as the stakeholders for the future of American Jewry. This new generation’s commitment to Judaism and Israel are bitterly debated in public articles and community events; unfortunately, none of this debate has been grounded in rigorous ethnographic study.I am taking the first step in this direction by using anthropological public observation, survey, and open-ended interview methodologies to study Jewish university students and leaders of organizations working with these students through case studies of the UC Berkeley Jewish Community and a Taglit-Birthright Trip to Israel, as well as a case study of Israeli Jewish young adults intended to enlighten points of comparison and contrast. I seek to understand students’ socialization into the American Jewish Community, their understanding of their own identity as it relates to Judaism and Israel, and how controlling processes that youth struggle with over thought and discourse regarding Israel operate.

I am truly honored to have been chosen as a Summer Undergraduate Research Fellow, which will allow me the social and economic resources to effectively complete my study locally as well as travel to Israel for a comparative study. This research will culminate in a thesis that will serve as the apex of my intellectual, academic, and personal interests as a student at UC Berkeley - I am deeply appreciative for SURF's role as a fundamental support for this endeavor. 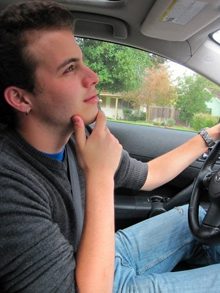