My research hinges on a question of resonance. What, I pose, do we as readers hear echoed in the self-effacing abstraction of Argentine poet Alejandra Pizarnik’s 1962 Árbol de Diana from the Romani-influenced folk narrative of Spaniard Federico García Lorca’s mid-1920s Romancero Gitano? The urgency of this issue stems from the post-industrial crisis of subjectivity, wherein, per Marxist theory of estrangement, the mechanical gears of capitalism mediate not only financial transactions, but also inter- and intra-personal relations. In an economic system founded on conceptual predetermination, per the logic of exchange-value, art must open spaces of potentiality for free judgement – spaces, therefore, where the individual might experience their individual subjectivity and that of a collective. My research considers selections of non-orthodox Marxist critical theory, especially that of early 20th century Frankfurt School philosopher Theodor Adorno, of the conditions under which lyric poetry may open such doors. I begin with García Lorca as a poet whom Adorno highlights as an artist able to subvert reification through the former’s early reliance on Romani collectivist musical tradition, and map the poet’s flirtations with Surrealism and modernist ennui while noting how he remains grounded in a collective. By putting him in conversation with Pizarnik, a poet known for her post-modern, seemingly-unrooted and destructive verse, I ask if the distance between García Lorca and Pizarnik is smaller than critical reception of each has allowed, begging, then, the question of where one might locate collectivity in the poetry of Pizarnik — and, if poetry, as Adorno suggests, serves as a “philosophical sundial telling the time of history,” therefore, perhaps, in our own fractured society as well.

I am deeply grateful for the remarkable opportunity of a funded summer of research — and. of research in the humanities at that! This summer has strengthened my resolve to pursue literary studies beyond undergrad and has connected me with some remarkable fellow young scholars of the humanities and social sciences. SURF provides a truly unique and wonderful opportunity for undergraduates, making the large research university that is UC Berkeley feel less impersonal. Thank you for your support. 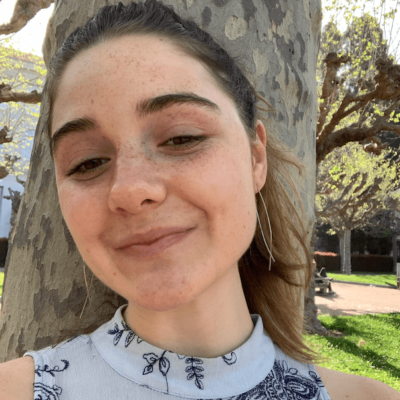