Understanding the neurophysiology of sensation in mammals has been a major topic of research for over a century. My project aims to shed light on the neural circuitry underlying the sensory perception of body position, known as proprioception, by investigating its role in object localization. Our ability to proprioceive is mostly subconscious and facilitates several skills including typing on a keyboard without looking. As with other senses, specific sensory receptors that mediate proprioception, termed proprioceptors, have been identified. Research using whisking behavior in rats and mice as a model has also suggested that specific sets of neurons in the brain, particularly the posterior medial nucleus of the thalamus (POm), respond selectively to movement and the primary somatosensory cortex (S1), which is involved in the processing of touch signals, makes direct connections to POm. However, an understanding of the role of these projections in the sensory perception of body position is completely lacking. For my project, I will use a novel optogenetic approach in mice to temporarily inhibit neurons in S1 that project to POm. Using an established behavioral paradigm, I will measure the effect of this transient inhibition on the object localization ability of mice. By illuminating the neural circuitry involved in proprioception and object localization, new treatments for neurological diseases where proprioception is impaired, such as autism and phantom limb syndrome, may be developed.

I am sincerely grateful for the opportunities provided to me by SURF and the Rose Hills Foundation. Ever since I joined the Adesnik Lab, I have dreamed of having my own project to work on, and thanks to the generous contributions that have been made to support SURF and the Rose Hills Foundation, that dream is becoming a reality. I am now able to fulfill my passion for research full time, and I could not be happier about that. I know this experience will be a defining moment of my undergraduate career. Thank you! 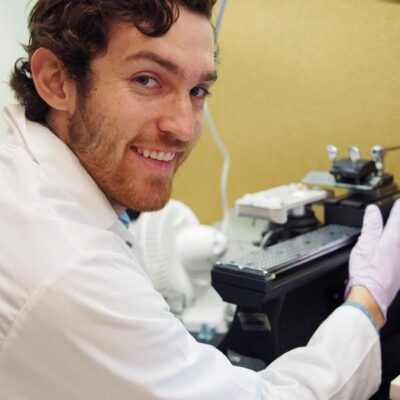