Studying the Role of Progranulin in Frontotemporal Dementia

My research looks specifically at Frontotemporal Dementia (FTD), the most common cause of dementia in people under 65 years of age. This disease results in neurodegeneration in the frontal and temporal lobes often resulting in changes in personality, language, and/or behavior. Even at the cellular level there is evidence of FTD pathology. This disease exhibits lysosomal dysfunction and endosomal enlargement, indicating a possibility of an ineffective system of degradation in the cell. Furthermore, this disease is often accompanied by a genetic mutation of a secreted glycoprotein, progranulin, resulting in lower levels of active protein. Evidence of lysosomal localization of this protein highlights the possible role it may play in the progression of FTD. My project looks at the effect of restoring progranulin levels on lysosomal size and function in mouse models and cell lines for the disease. Ultimately, the hope is to discover a novel treatment for FTD utilizing progranulin.

Research in dementia has always been an interest of mine. Growing up with numerous family members plagued by dementia it has always been a goal of mine to work on a cure. Additionally, I hope to attend graduate school in the future. I believe that this opportunity given to me by the Rose Hills Foundation will provide me an amazing opportunity to experience the type of work I hope to continue in graduate school. I believe that this program will help me develop skills that will prepare me for my future and allow me to take part in a project I am deeply passionate about. 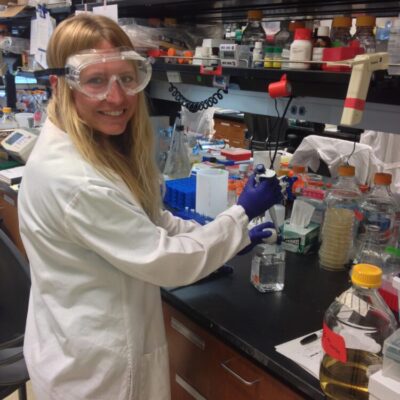