Constructions of French Colonial Urban Space: A Study of Pondicherry

My project focuses on the French colonial presence in South Asia, focusing on the coastal town of Pondicherry, which was established as a French trading post (factory) in 1674 and relinquished to the Indian government only in 1954. Studies on French India are notably sparse in comparison with the significant scholarly attention that has been paid to British India and to French colonial holdings elsewhere. Because of this, I aim to complicate the narrative of a monolithic colonialism in India. I contend that the architecture and urban form of a city is directly emblematic of its creators priorities and mission. Thus, in closely analyzing eighteenth-century French visual and textual records on colonial domestic forms in Pondicherry and scrutinizing the architectural form of extant buildings, I will ask how and to what extent a hybrid aesthetic was fostered in Pondicherry. I will juxtapose my study of Pondicherry with analyses of architecture in Madras and Tranquebar (Pondicherrys British and Danish counterparts, respectively) to provide a comparative understanding of European colonial settlements as they navigated different ways of approaching spatial politics.

I would like to express my endless gratitude to the Leadership Fund for supporting my research project over the past summer. I embarked on my project with ample hope, excitement, and some nerves, but only a vague idea of what conducting research looks like in practice. I ended the summer with not only invaluable insights, which have helped me work towards answering my research questions, but also a deeper appreciation for different places, languages, cultures, and ways of living. My experience both challenged my preconceived notions about what academics truly do and made me more sure of the path I would like to pursue in the future. The opportunity to take part in the wider SURF community also introduced me to like-minded peers and offered me a clearer picture of the types of research I want to focus on in my graduate studies. For this and so much more, I am deeply grateful. Thank you for making possible what was truly one of the best summers of my life. 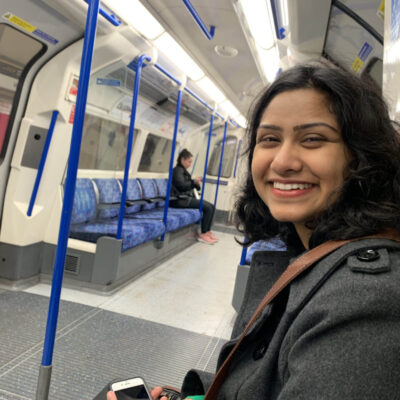