In todays culture, the east is often defined as archival and conservative, the west being its modern progressive counterpart. Nevertheless, the patriarchal dominance had significant influence in both hemispheres. Of the same nationality yet of contrasting environment, Korean and Korean American poets maintain similar yet different perspectives. How do contemporary Korean women poets express themselves differently from their mothers who suffered oppressions? Furthermore, how would the Americanized daughters of the Korean mothers develop similar thematic approaches as part of their poetics? As my senior thesis, I intend to analyze the issues of representations of female sexuality, the female body, and the forms of resistance taken to gender stereotypes in the works of Korean and Korean American women poets. I will approach this by analyzing the rhetoric used by these poets to portray womens experience, observing the poets’ identity as women and artists.

I am more than grateful to be a SURF participant this summer. Not only am I able to work with fellows and scholars of similar disciplines, but the SURF grant will also allow me to travel to Korea this summer and immerse myself into contemporary Korean culture. By examining the poets' attitude toward their gender identity, I hope to gain a better sense of identity as a Korean women for myself. 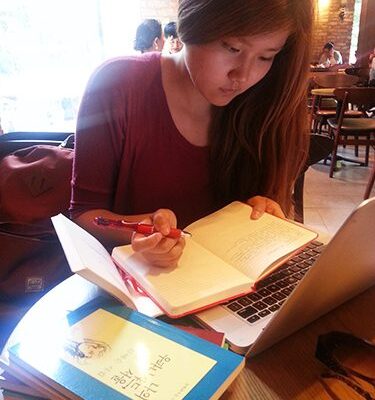