Sorghum is an important staple crop in the semi-arid tropics of Asia and Africa as it feeds millions of the poorest people in these regions. It provides some degree of nutritional content for humans, but is considered an inferior grain because of its significantly lowered protein digestion. Since sorghum is being consumed in populations where undernourishment is of concern, it is extremely important to consider the accessibility of its nutritional content.

I am extremely blessed for the opportunity to participate in SURF this summer. I had received my acceptance pretty late into the summer, which has made me appreciate the program even more. I especially want to thank my donor who has generously allowed me carry out my research to its full potential. Not only will I be able to grow more independently as a researcher, but I will also gain the skills necessary to carry out higher levels of research in the future. More importantly, I hope to find interesting and intriguing results to share and kindle love for sorghum! 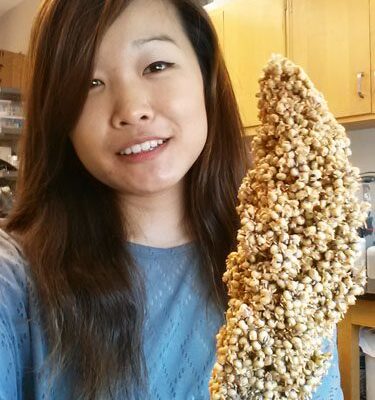