Because reading any piece of literature is a personal experience for me, I was drawn to Charlotte Bronte’s Jane Eyre because of how its first-person narrative voice strongly solicits feelings of sympathy from the reader, thus emphasizing the importance and necessity of the reader’s role and response to the novel. My interest in Jane Eyre led me to read Bronte’s Villette, a novel which still conjures sympathetic feelings from the reader, but makes problematic this sympathy with its narrative voice that minimizes the role of the reader and which treats its addresses to the reader almost as an afterthought. While Jane Eyre gives the reader a role to fulfill with a promised sense of readerly privilege and satisfaction, Villette leaves the reader aware of her inadequacies as a reader and the banality of her role. My research seeks to understand how and why Villette is a critique of the readers role as it pertains to readerly sympathy and how this critique comments on Victorian life and society.

Receiving the SURF award has been one of highlights of my undergraduate experience at this university. I am deeply thankful for how the award has given me the intellectual and creative freedom to pursue in depth my own academic interests and goals. Furthermore, this opportunity to conduct research under the guidance of a faculty mentor will teach me many skills that will prepare me for the next stage of my life: graduate school. 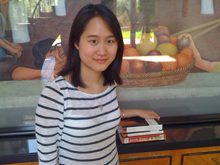