Something happened to Homo sapiens, our species, between 75,000 and 60,000 years ago, that resulted in a very different suite of behaviors and the first population boom. I argue that modern humans underwent a biological change that, coupled with environmental changes driving dietary change, allowed humans, especially human females, to lay down large stores of body fat under normal nutritional conditions. I will draw from the archaeological record in the form of ancient artworks, the ethnographic record in the documented changes in stature of the Andaman Islanders over time, and the biological record in comparing fat-management genes and enzymes between humans and chimpanzees, nearest living relative, to test my hypothesis.

The award of a SURF grant is the most exciting opportunity I have ever received. It gives me the opportunity to engage in upper-level research work, formulating a working hypothesis and testing it through the scientific process. When I decided to return to school, at the age of 49, I was driven by my desire to become an archaeologist. The SURF grant is opening the door for my dream to come true, not only through my summer work and through the Honors thesis that will be derived from this work, but for the rest of my life. 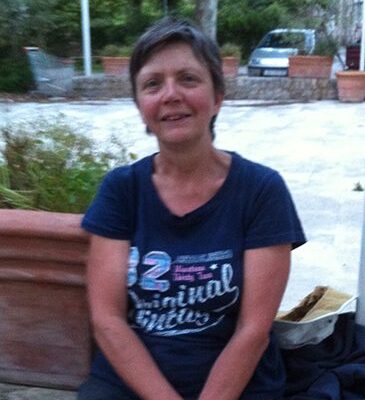