According to the 20th century theorist Mikhail Bakhtin, the distinguishing feature of the novel lies in its ability to incorporate multiple dialects and forms of language into itself and better mirror the diversity of language that naturally occurs in reality. In his argument for this theory, Bakhtin relies on a cultural analysis of the genres development and ignores the impact of technological innovation in media that may have crucially affected the development of the genre. My project seeks to analyze Bakhtins theory in relation to similar studies that incorporate the development of media and extrapolate these relations in regards to the internet. In doing so I seek to answer the following questions: What has been the impact of the internet on heteroglossia, diversity, of language? Does Bakhtins theory of the novel still hold in consequence of this impact? And ultimately, what is the relationship of the novel genre to the contemporary present?

This project is my first foray into independent research and it means so much to me that it was actually interesting enough to garnish support from SURF and the Anselm Fund donors. I love having the chance to follow my intellectual curiosity and explore a topic I find interesting and pertinent to English literature. 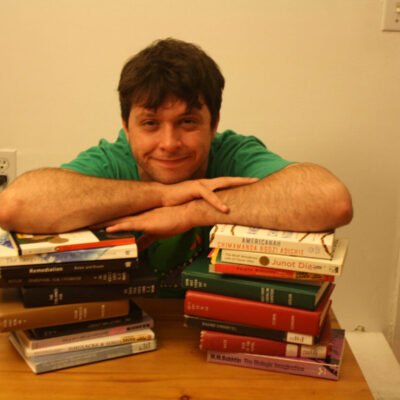