Investigation of the Internalization of Dengue Non-Structural Protein 1

Dengue virus is an arbovirus that affects infects as many as 390 million individuals annually. Up to 96 million individuals express symptoms which range from flu like uncomplicated dengue fever to life threatening cases of dengue hemorrhagic fever/dengue shock syndrome (DHF/DSS), the latter being characterized by severe vascular leak and dysfunction of endothelial cells, which form blood vessels. Interestingly, higher levels of dengue virus non-structural protein 1 (NS1), a protein secreted from infected cells, is associated with severe cases of dengue. NS1 has been shown to disrupt the function of endothelial cells and degrade the endothelial glycocalyx, part of the extracellular matrix of these cells. Though we can connect dengue NS1 to these symptoms, the mechanism of pathogenesis remains unknown. That being said, preliminary data suggests that NS1 is internalized by endothelial cells. My project aims to confirm this and determine the mechanism of internalization and its role in pathology. Results from this project may contribute to the discovery and development of novel therapeutics with utility in treating severe dengue disease.

Without the generosity of the SURF Rose Hill scholarship, this project would not have been possible. It has provided me with the means to perform meaningful research and has given me what I consider my first true experience as a scientist. Through this experience, I have been able to gain confidence and clarity in the path I have chosen in life. I've known that I want to be a scientist but now I know that I can do it. Thank you so much! 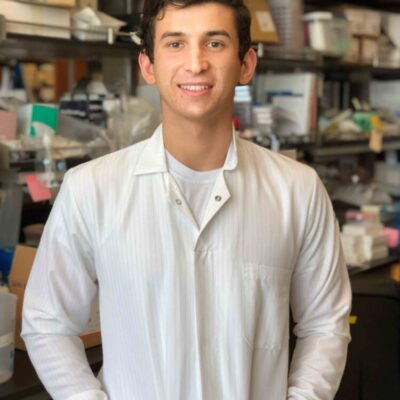