Protecting Paradise: The Politics of Citizenship in American Samoa

Multiple memberships are increasingly common in the universe of citizenship. American Samoans are American non-citizen nationals of the United States; that is, they are nationals but without birthright citizenship. My proposed SURF projects examines the inherent conflicts and contradictions of these overlapping memberships in light of a lawsuit, Tuaua v. United States, filed by a group of five American Samoans in 2012 who sought to obtain the full rights and privileges of U.S. citizenship. The proposed research will analyze the implications of this landmark case, as well as for the general case of overlapping citizenships. Specifically, I will compare differences in attitudes toward citizenship and its relation to political and cultural identification between the diaspora in U.S. states and the residents of the islands of Samoa. This research seeks to clarify an aspect of a developing global phenomenon of targeted exclusions, and its preconditions and effects on identity and migration as well as document in concrete detail some ongoing effects of colonialism.

I am grateful to the Wishek Fund donors, and the opportunity the SURF fellowship has given me to conduct this fieldwork, which I believe is both important in itself and could be part of a larger project. The roots of my inspiration to pursue anthropology come from the interests I developed and questions I asked while living in American Samoa for two years as a child. Thanks to this funding, I am able to return to people and a place where I feel a deep connection, and hopefully contribute to the scholarship on citizenship and diasporic relations of the Samoan people. To be apart of the SURF fellowship is a privilege, and I am excited for the chance to build a base for my senior thesis and grow intellectually. 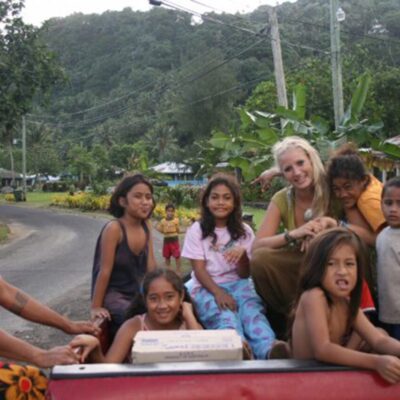