Neutrinos present some of the greatest mysteries within the Standard Model of Particle Physics. They are nearly massless and electrically neutral, making them very difficult to detect. That said, neutrinos have been observed to oscillate over time between their three flavors. The primary target of the Daya Bay Reactor Neutrino Experiment has been to measure the exact value of the mixing angle 13, which describes this oscillation. The Experiment, which started taking data in 2011, is based in Southeast China. The eight detectors, situated in three experimental halls, analyze antineutrinos emitted from six powerful nuclear cores. While the Daya Bay Experiment has obtained the most accurate measurements of 13 to date, there still exist sources of error. My goals this summer will be to reduce these errors by improving rate and energy spectrum measurements. I will tackle the largest outstanding source of error in the experiment, known as the spill-in/out effect, which affects our detectors’ effective target volumes. I will also better characterize the detectors’ response during and after antineutrino interactions.

I am thankful to the Rose Hills Foundation for their generous donation. This support provides me an excellent opportunity to learn and grow as a physicist. I have been with the Daya Bay Group at LBNL since Fall 2014 and know that I will be in a wonderful and supportive work environment. I am excited to kickstart my career and immerse myself in experimental physics this summer. I can't wait for what lies ahead! 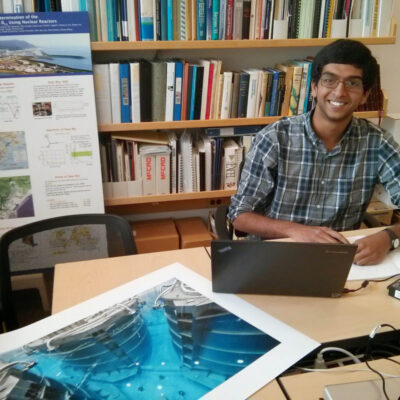