Comparative Study of Naming Choices of Chinese and Indian Americans

My research seeks to answer why different ethnic groups of Asian Americans adopt American first names at distinct rates; to what extent first names affect one’s identification with one’s ethnic origin; and how gender moderates the naming process. The project was motivated by personal observations: I found that my East Asian peers all have Americanized first names, while most of my South Asian peers have first names that signal their ethnic origin – a pattern I subsequently confirmed using the California Birth Index. The quantitative discovery intrigued me enough to engage in further qualitative research. Through in-depth interviews with first- and second-generation Asian Americans of Chinese or Indian descent, I seek to uncover the motivations and consequences behind different naming practices. Given previous literature’s findings on the adverse effects of racially identifiable names and name-changing as an assimilation strategy, it is particularly interesting how two groups of immigrants display distinct naming patterns. .

Thank you so much for your generous support for undergraduate research! It is because of your financial support that so many undergraduates like myself are able to carry out a project of our interests and passion. I am immensely grateful for this opportunity! 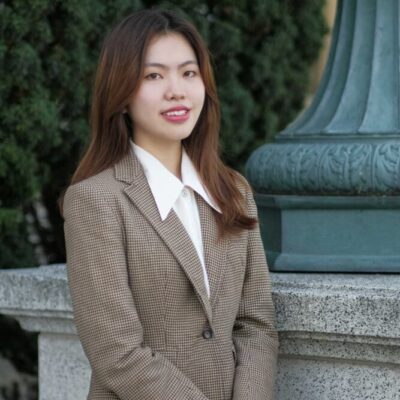