Exploring the Impact of Speckled Clonal Patterning in Skin Carcinomas

It has been shown that tumors are not simply genetically homogeneous collections of cells, but rather growths of evolving, genetically diverse populations that typically arise from a single mutant cell. As this mutant cell proliferates, its daughter cells naturally pick up more mutations due to a variety of factors, creating genetic heterogeneity. More and more studies have been published analyzing the possible interactions of these varied populations, ultimately suggesting that there may be cooperation that influences tumor growth. My lab at UCSF has developed a system using a 4-color confetti cassette to trace clonal growth of carcinogen-induced skin tumors. Using this model, there has been evidence of malignant tumors with a speckled pattern, a phenomenon in which there exists a dominant clone and scattered throughout are non-clustered cells of another minor clone. My project aims to study the impact of this pattern of heterogeneity and ultimately test my hypothesis that there is indeed cooperation that assists in growth of malignant tumors.

Though it has technically only been a summer, the past few months have felt like much longer for a multitude of reasons. However, while the world has only gotten crazier, my experience with SURF has been something to ground me and give me a sense of direction. Working with my PI regularly, having the privilege to conduct experiments, and getting the chance to present my research are just a few of the many, many joys I've experienced over the summer thanks to this program. I wholeheartedly give all of my thanks to SURF and the Pergo Fund for allowing me to learn so much about my field, graduate school life, and the experiments of my wonderful peers! 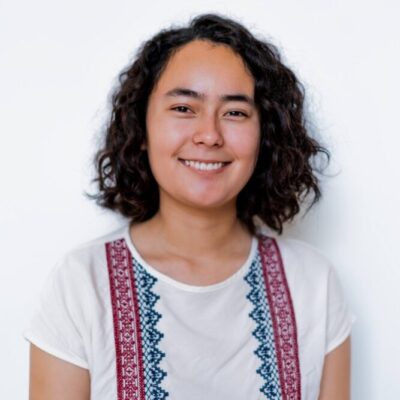