Breaking the Stereotype Ceiling: A Study on Stereotype-Inconsistent People

Humans are cognitively cheap. To preserve precious cognitive resources, we take cognitive shortcuts, one example being the detrimental use of stereotypes. Simply, we prefer to mentally process information about people when that information is consistent with our stereotypes about them. So what happens when someones identity contradicts the stereotypes that society has about them? Because relations between Black and White communities remains one of the most problematic racial issues in America, I have narrowed my research question to focus on this inter-group context. I hypothesize that White Americans prefer to interact with stereotype-consistent vs. stereotype-inconsistent Black Americans. Further, I propose that perceived authenticity is a critical variable that will mediate the proposed hypothesis. I predict I will find multi-methodological evidence of this effect across self-reported liking, salivary cortisol, attributions of trust, nonverbal behavior coded from videotapes, and cognitive impairment measured with a cognitive reaction time measure. This project will help elucidate the cognitive mechanisms that lead to negative outcomes in inter-group interactions, giving the scientific community a better understanding of how to begin combating these issues.

I want to thank the Pergo Foundation for my generous stipend this summer. I have spent a great deal of time going over the theoretical frameworks of psychology in college. Finally, I had the opportunity to apply my studies to the real world. It felt amazing to really dig into the field and have the ability to apply what I've learned. 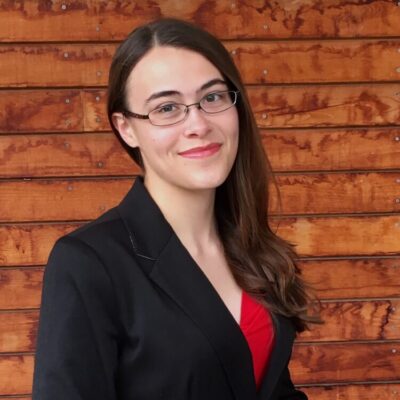