Nonsense-mediated mRNA decay (NMD) is a post-transcriptional regulatory pathway that degrades transcripts containing premature termination codons. The pathway plays an important role in eukaryotic gene regulation, with hundreds to thousands of transcript targets across diverse species, including important regulators of developmental and stress response pathways. Over the past year, I have worked under the supervision of postdoctoral researcher Zhiqiang Hu to develop methods for using genomic data, including RNA-sequencing data previously collected by the lab and publicly-available sequencing data from ENCODE, in order to identify novel regulatory proteins involved in the NMD pathway. My work during the summer will build upon this by using these methods to identify novel regulators of NMD, as well as find associations between binding sites of these regulators to infer possible mechanisms and relationships between regulators.

Thank you so much for sponsoring this program! Research has been an incredibly important part of my undergraduate experience here at Cal, and the ability to work on it full-time during summer has both reinforced my desire to pursue research in the future and made me much more capable of working within a research project. 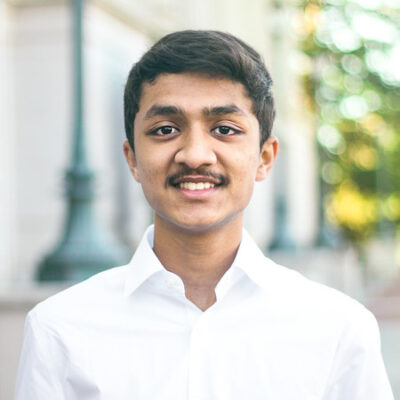