Many birth defects arise from flaws in cell behaviors that drive normal tissue organization, such as prevalent cases of neural tube defects and craniofacial defects. We can point to several examples where a specific morphogenetic event is ultimately regulated by the expression of genes that encode regulators of small GTPases, particularly Rho. Plekhg5 is a member of the Plekhg family with a role in apical constriction during Bottle Cell formation (Popov et al., 2018). These cells are involved in the process of gastrulation and their shape is essential for their role during involution (Lee et al., 2008). We will be working on the ongoing characterization of another member of the family, Plekhg7. Preliminary data acquired this year in the lab suggests a role on the nervous system, especially eye formation and most anterior structures of the CNS, according to the spatio-temporal localization of its mRNA, as revealed by WISH. During this summer, we aim to provide data on 1) loss-of-function (CRISPR/Cas9), 2) gain-of-function (mRNA), 3) the potential roles of the different domains that were retrieved through bioinformatics (mutant constructs on full-length and single domain mRNA).

Thank you so much for presenting the opportunity to conduct research over the summer! Research is a fast-evolving field of exciting experiences, and despite the challenges of the pandemic, I am so grateful to have been offered this chance to participate and continue to learn more invaluable skills in the lab and gain more confidence in research. 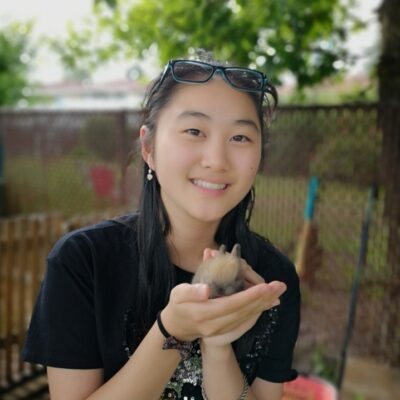