In this research project, we examined how French women were constructed in American media and how American women were constructed in French media in the post-World War II era, specifically from 1944 to 1965. Our methodology entailed close-readings of different American and French historical newspapers, magazine articles, books, and other media texts, including photographs, films, television programming, and advertisements. In particular, we analyzed how French and American women were treated in various topical areas: food and diet, fashion and beauty, and celebrity life. This research project contributes to an interdisciplinary and gendered understanding of U.S.-French relations. The project also shows how women have been used as symbols of the nation between the U.S. and France.

I’m truly grateful to have this opportunity to continue working very closely with an outstanding professor like Professor Edward Timke and to continue growing to be a better researcher. More importantly, I’m truly grateful that this opportunity allows me to further develop my love for Media Studies and French. I’ve always been interested with anything French since I was a little girl watching The New Adventures of Madeline. I love watching movies and TV shows, but I also understand how media in various forms, have been powerful tools in disseminating information and shaping people’s perspectives and thoughts. In the realm of international relations, media have been used to serve political purposes by influencing public opinion by means of positively or negatively portraying another country. Thus, I love to analyze this influential power of the media and I love that I get to do this in combination with French. I’m really blessed to be a part of this project because this becomes more than just participating in it, but it means being a part of something bigger. I get to delve deeper into international relations, international media, and the role of women in establishing these long-lasting relations between nations, specifically the U.S. and France. Having the whole summer to continue this research project, I’m very happy that I get to spend more time doing something that is meaningful and something that I love. So, once again, I’m truly grateful to Professor Timke, to the URAP committee, and to all the sponsors who made this opportunity possible. 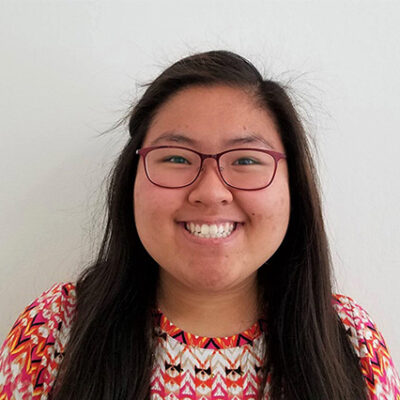