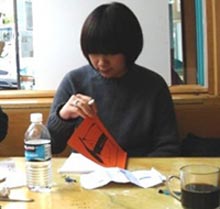 While the application of humor to the Holocaust may seem difficult and even offensive, humor during the Holocaust was employed as a means of critique and rebellion, aiding in developing solidarity amongst prisoners and as a mechanism for coping with trauma. Though such rationales exist for the use of comedy during the Holocaust, there is no such theorization for post-Holocaust comedy written in response to the event. In looking at the British filmmaker Peter Greenaways post-witness portrayals of the Holocaust, specifically, his 1980 film The Falls and his latest novel […]

I will investigate the effects of specific histone acetylation on the locus of SOC1, a floral integrator gene. It is known that the acetylation status of chromatin modulates gene expression. I want to determine whether or not it is possible to modulate gene expression by specifically altering the histone acetylation status at the SOC1 locus using a fusion protein containing the DNA binding domain of OXS2, a transcription factor that specifically binds the SOC1 locus, and a histone acetyl transferase (HAT) in Arabidopsis thaliana. Following construction of a binary vector […]

1989 saw the collapse of the Japanese real estate market as well as the death of the Showa Emperor. As the 90s began, it was clear that the forces that had shaped the country for much of the postwar era were changing dramatically. I am going to Tokyo this summer to look into these changes by somewhat abstruse means. I plan to interview the cast and crew of Iron Chef, the quirky, now internationally known television show that combined cooking and sports-style competition, and aired between 1993 and 2000. I […]

Iron is an indispensable micronutrient for living organisms. Studies have shown that the Hfe gene plays a significant role in iron regulation in mammalian cells. However, it is unclear how gene expression is affected by the defective Hfe gene to elicit higher iron accumulation than normal iron levels, and if strain differential iron overload in Hfe knock-out (KO) mice is associated with strain specific interactions of the genes. This summer, I will be addressing these questions by using microarray: differentially expressed genes in Hfe KO mice will be determined in […]

This summer I will be investigating the French New Wave, a cinematic movement that took place between 1958 and 1964. My primary focus will be on the films Agnes Varda made during this time period. I hope to gain new insight into the artistic questions and concerns central to French New Wave vis–vis an analysis of Vardas gender-specific take the on aesthetics and themes of the movement. To do this I will be focusing on close readings of Vardas films, the films of other French New Wave directors, and criticism […]

My particular interest for this summer is to explore whether the ongoing violence in Kashmir have inspired women to lead movements or organize petitions against the government in the last decade. I wish to study specific examples of resistance that have been attempted in the past, and to analyze the types of initiatives organized particularly by females, who seldom receive any acknowledgement for their efforts. Women in Kashmir are generally written into history as submissive and marginalized figures, who due to their social suffering, cannot bring themselves to oppose either […] 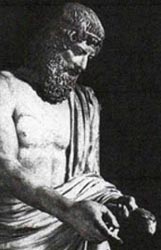 Asclepius, Apollo’s son, was an important healing deity in ancient Greece. Asclepian healing sanctuaries existed at Epidaurus, Kos, Pergamum, the Athenian Acropolis, and Corinth. The main vehicle for healing at these sanctuaries was dreaming, where one could converse and be healed directly by the god Asclepius himself. This summer I plan to explore the various methods of worship at different Greek sanctuaries, specifically focusing upon sanctuaries that employed different healing methods. Then, I will focus in on the sanctuaries that utilize dreaming as the primary healing method. The site that […]

Within political theory there is a debate over the compatibility of science with politics. Hannah Arendt and Michel Foucault, amongst others, question the legitimacy of the social sciences in different ways, while, in contrast, those who support the role of science in politics argue that rational debate can be maximized through an of our capacity to hold language claims accountable to verifiable truth conditions. The purpose of my research is to ask if these views are incompatible by drawing on the work of George Lakoff and Mark Johnson and analyzing […]

According to the U.N. Universal Declaration of Human Rights, Article 4, No one shall be held in slavery or servitude; slavery and the slave trade shall be prohibited in all their forms. Complying with the U.N. mission, both South Korea and United States governments have made many efforts to combat this modern-day slavery both legally and socially through legislative acts and expanded NGO services. However, the rate of sex trafficking, from the time the acts were written to the present, has actually increased significantly. This summer, I will be evaluating […]

Cell-cell fusion is a highly regulated event that is fundamental to the development of most eukaryotic organisms. However, despite its fundamental roll, the mechanisms of cell-cell fusion in most systems are not very well understood. Using the orange bread mold Neurospora crassa, I plan to study one of its integral membrane proteins known as prm-1. Prm-1 is implicated in the function of the cell-cell fusion pathway for N. crassa. Clues as to the exact function of the prm-1 protein will be gained by significant phenotypic analysis of growth and sexual […]