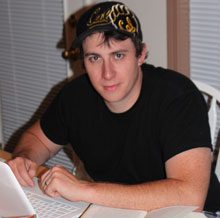 In his diary after the initial 1848 gold strike, the Scottish artist and writer J.D. Borthwick described the terribly violent bull & bear fights drawing crowds of as many as six thousand. Soon after, those fights would be banned, paving the way for new ventures like the Empire Casino in San Francisco. Finally, Jackson Lears describes the abolition of the casinos, only to be replaced by more ‘civilized’ and contemporary speculative ventures. My research question asks what factors fostered the emergence of such a seeming anomalous California gambling culture between […] 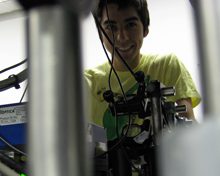 Laser light has been proven to be an effective and elegant method of probing sensitive physical systems, providing many seminal, precision methods in experimental physics. These experiments must prove free of systematic errors and be minimally perturbative to the phenomena to be examined. Along these lines, I am researching the properties of zero-birefringent acrylic polymers in a range of temperatures from room temperature down to a couple Kelvin. In exhibiting this unique property of zero-birefringence, these materials do not affect the polarization of light passing through them, even when under […] 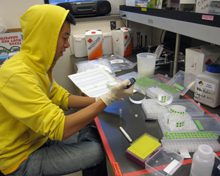 Species Distribution Models (SDMs) provide one of the only methods for projecting the future distribution of species and are increasingly used to prioritize conservation efforts. SDMs correlate species’ occurrence points with climatic variables (e.g., temperature and precipitation) to produce a distributional map of the climatic limits of a species. Genetic studies of geographic variation within species, or phylogeography, often uncover cryptic lineages that have remained evolutionarily isolated for thousands to millions of years. My research assesses how identifying cryptic diversity within species affects the predictions of SDMs. Faced with climate […] 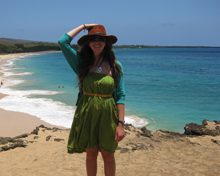 Through the course of my summer research, I will be looking at an assemblage of archaeological materials from pre-European contact commoner household sites in the southeastern region of the island of Maui, Hawaii. This assemblage includes materials such as lithics (stone tools), charred plant remains, and faunal remains. These materials will hopefully illuminate the oft-untold story of the commoner in ancient Hawaiian society, who was largely responsible for the surplus agricultural production that fed the development of an elaborate and extravagant statehood up until the moment of Cooks arrival in […] 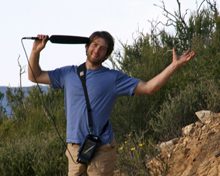 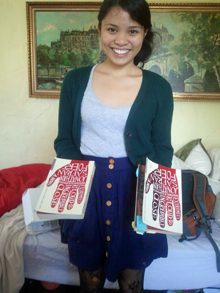 After September 11, American author Don Delillo announced: “Many things are over. The narrative ends in the rubble, and it is left to us to create the counter-narrative.” Although a multitude of literary, psychoanalytic and political discourse has speculated on how, years after the fact, we now tell the “story” of 9/11, a cohesive picture of this counter-narrative remains unclear. By using Jonathan Safran Foer’s Extremely Loud and Incredibly Close (a novel whose fragmented speakers struggle to reconcile their pre- and post-9/11 traumatic experiences) as a springboard for my research, […] 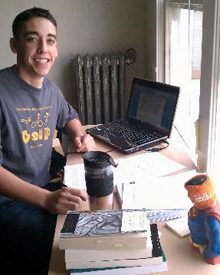 Friedrich Nietzsche spent much of his philosophy denying Being and replacing our conception of it with a notion of becoming. In sharp contrast Martin Heidegger produced a work titled Being and Time and saw the illumination of Being as the central task of philosophy. This tension is reproduced in the way each philosopher deals with the creation of art, yet there is a peculiar way in which the aesthetic philosophies of Nietzsche and Heidegger interact and seem to complement each other. My research is concerned with the connection between these […] 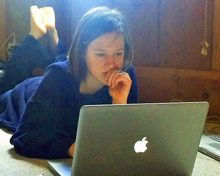 Several newly discovered supernovae, or stellar explosions, are unusually faint and fast-evolving and defy our usual classification schemes. Their light curves (brightness over time) in particular show how quickly they rise to maximum brightness and then decline. They are also unlike any previously known supernovaeand unlike each otherin their electromagnetic spectra. Several attempts have been made to identify the properties of these supernovae and their progenitor stars based on their spectra and light curves, such as the energy of the explosion, the amount of mass ejected, and the elemental composition; […] 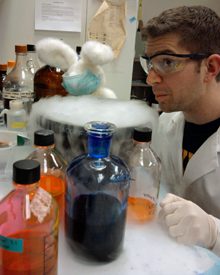 The H, K ATPase is a P-type ATPase proton pump that is highly expressed in the gastric parietal cell. This enzymatic proton pump is responsible for creating the highly acidic environment in the lumen of the stomach. The protein is comprised of a larger catalytic “alpha” subunit that creates the high proton gradient and a smaller “beta” subunit. The goal of my research project is to gain a deeper insight into how it is that the H,K ATPase protects itself from digestion by the very acid that it produces to […] 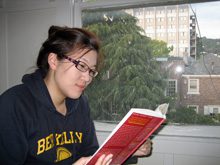 My project is a study of the 2008 Sichuan earthquake in China. I have chosen the Sichuan crisis to examine because the Chinese state’s fast and transparent reaction to the earthquake was both surprising and contrary to traditional expectations. My research seeks to answer this fundamental question: has participating in the Sichuan relief efforts changed state-society and society-citizen interactions in China? The wider implication of my project is whether a higher level of participant culture post-Sichuan is an indicator for an emerging civil society in China. I shall approach my […]