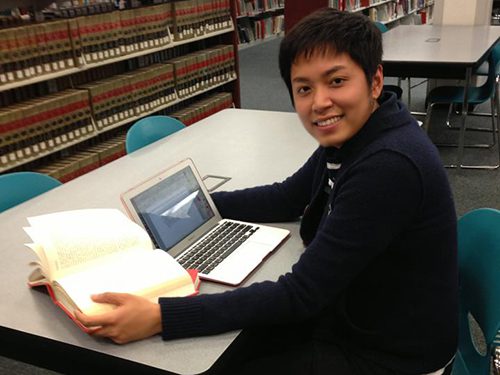 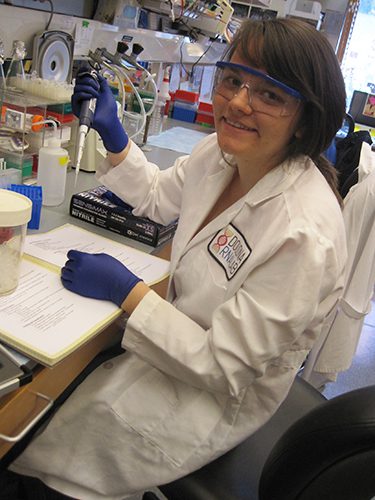 DEAD-box proteins are vital to the central dogma of biology. They are involved in all aspects of RNA biology including ribosome biogenesis, mRNA export, RNA-protein complex remodeling and much more. Since DEAD-box proteins have been implicated in pathways of viral infections, like HIV, and many types of cancers, they are critical to human health. The two most formidable hurdles in researching this family are their highly similar active sites and that most are essential for life. This makes studying individual DEAD-box proteins difficult, so many of their functions remain unclear. […] 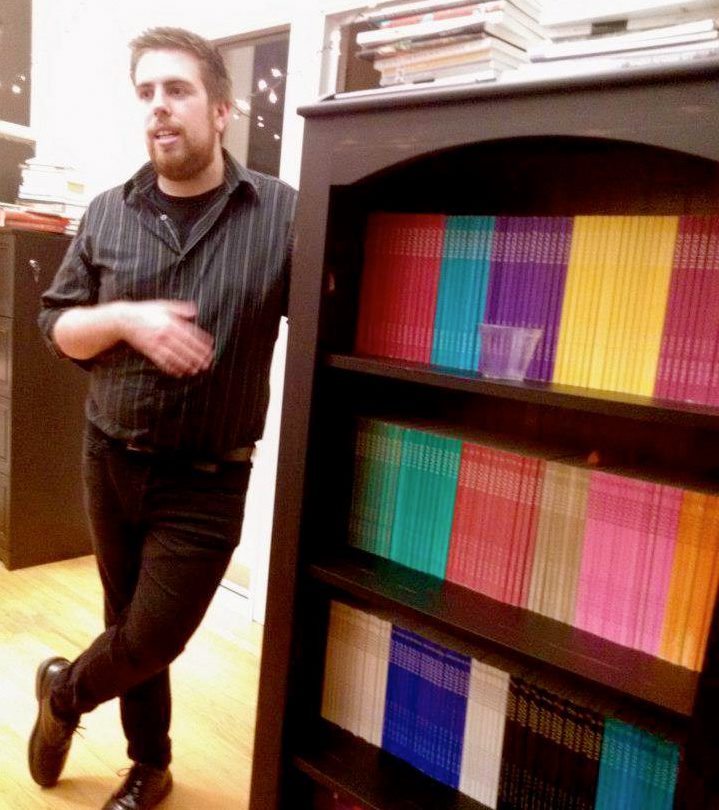 The 1957 obscenity trial of Allen Ginsbergs Howlthat cornerstone epic of the Beat generationis understood as a major episode not only in the history of American and West Coast poetics but in the history of American culture. Missing from prevailing accounts of the trial, however, is an assessment of the role of Gil Orlovitzs text, The Statement of Erika Keith and Other Stories, Poems and a Play. When undercover officers Russell Woods and Thomas Pagee purchased a copy of Howl in order to arrest City Lights Books clerk Shigeyoshi Murao […]

Desiccation tolerance is an organisms ability to withstand removal of as much as 95% of its intracellular water and be able to resume normal metabolism upon rehydration. However the molecular basis for tolerance is not completely understood. Budding yeast, Saccharomyces cerevisiae, is one of the rare species that exhibit this amazing trait and is an excellent organism to study desiccation tolerance. Upon desiccation, yeast, like other desiccation tolerant organisms, accumulates the disaccharide trehalose. However, mutants that are unable to make trehalose exhibit significant tolerance, suggesting the existence of other molecules […] 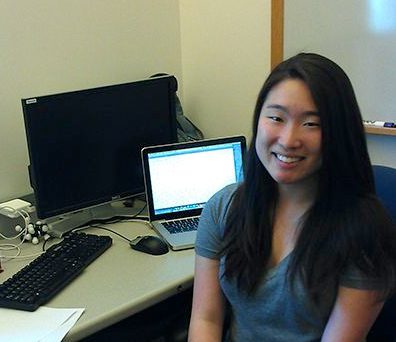 Different protein databases classify and organize proteins based on separate criteria. As a result, the organization and information available on these databases will often vary. By mapping the protein domains between different databases, I can analyze and add new, otherwise not apparent information. During the summer, I am augmenting the computational resources available on the Structural Classification of Proteins (SCOP) database by mapping it to the Uniprot Gene Ontology Annotation Database (Uniprot-GOA) and the Pfam Database. Based on the results of mapping the Pfam database to SCOP, I can uncover […] 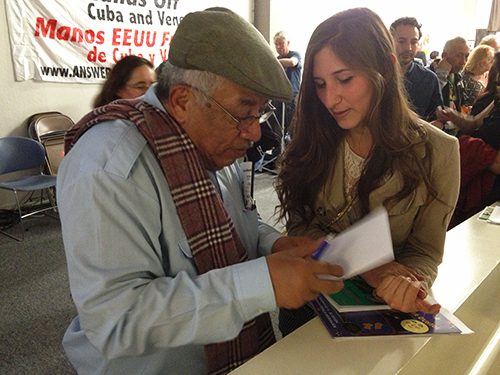 The Chinese Exclusion Act is considered the most racist law in U.S. history; it entailed quarantining immigrants for up to two years on Angel Island, resulting in a collection of poetry carved by the detainees onto the walls of the detention barracks. Given the tumultuous history of immigration from south of the border, where is this poetry for Mexican and Central American immigrants? While immigration has been extensively studied through various academic perspectives, the literature from the immigrants themselves has largely remained untouched. By identifying the trajectory of literature by […] 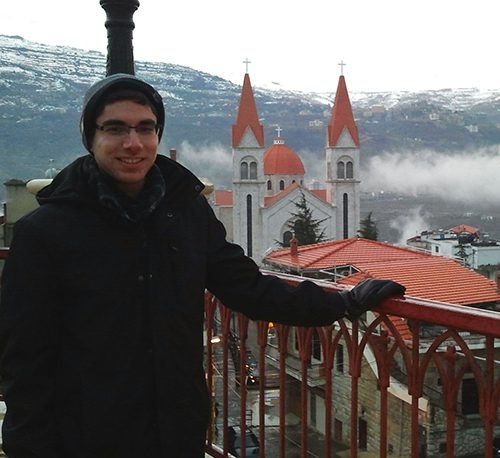 There are 50 million individuals suffering from hunger in the United States an absurdity when one considers the amount of food produced and wasted. Without accessible alternatives, North America and Europe waste nearly half of their excess consumable food. Despite an abundance of charity and emergency food services, the traditional hand-out model cannot seem to remedy the hunger epidemic. My research will examine nonprofit organizations in food security; I will examine how these organizations may contribute to more structurally transformative, long-term solutions in the communities they serve while simultaneously providing […]

A particularly notable obstacle to the adoption of robotics in the everyday household is the difficulty of teaching robots to execute new tasks in unforeseen environments–this is currently a task only approachable by those with plenty of time and technical expertise. I am working on a system that aims to make teaching robots as simple as providing human demonstrations. It will use ideas from artificial intelligence to enable robots to generalize demonstrations to new situations and learn from failures as they interact with the world. My work will focus on […] 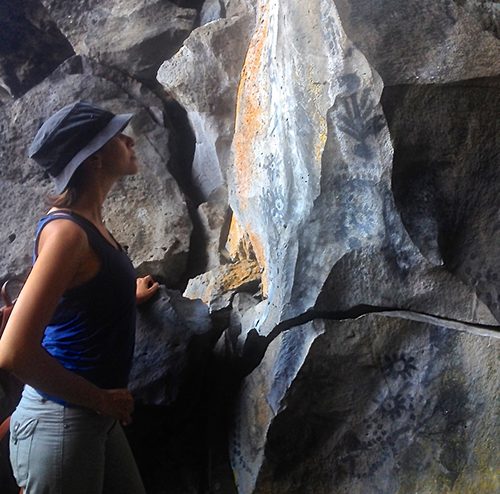 Research related to prehistoric image-making is constructed around a patriarchal scientific tradition of discourse. In 2007, archaeologists once more imposed vulva symbolism on an abstract engraving on a rock at Abri Castanet, perpetuating the assumption that Upper Palaeolithic societies perceived the world through a similar cultural screen to our own. Using the so-called vulva engravings as an example, my project asks: How can contemporary patriarchal values that have been dominating the interpretation of pre-historic imagery be re-evaluated? My project culminates in a senior honors thesis that aims at re-examining the […] 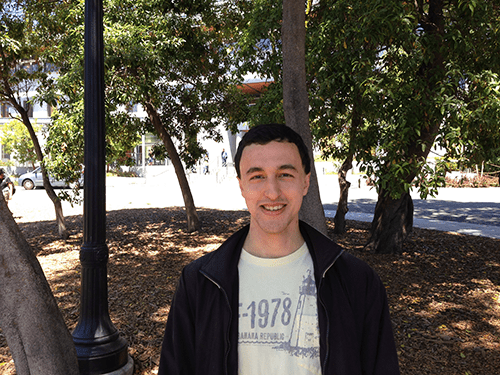 The objective of this work is to study electric field noise from metallic surfaces at low frequencies observed in ultra-low temperature ion traps. This source of noise has been a major issue for ion trapping experiments because it heats up the cold ions several orders of magnitude faster than what was expected. This heating is a serious problem and hinders progress in the use of ions, as dependably controllable qubits, toward a scalable quantum computer. The expected benefits from this research is the determination of the frequency scaling of this […]