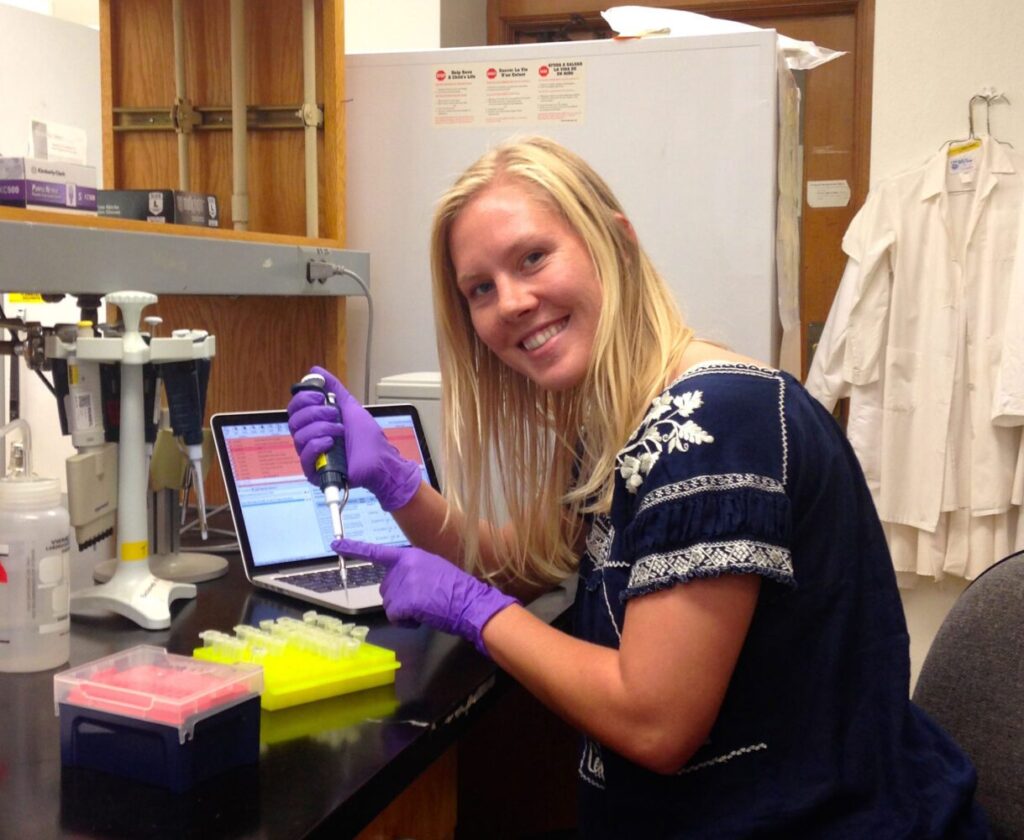 Since its foundation in the early 20th century, ethological research has provided countless fascinating insights into the evolutionary significance of animal behavior. While the adaptive importance of behavior is often well understood, its molecular causes are still poorly known. Behavioral adaptations are often driven by sexual selection, one extreme example has been found in the males of the black widow spider species, Latrodectus hasselti and L. geometricus. As the result of strong sexual selection, these Latrodectus species have evolved obligate sexual cannibalism in which males somersault their abdomen on the […] 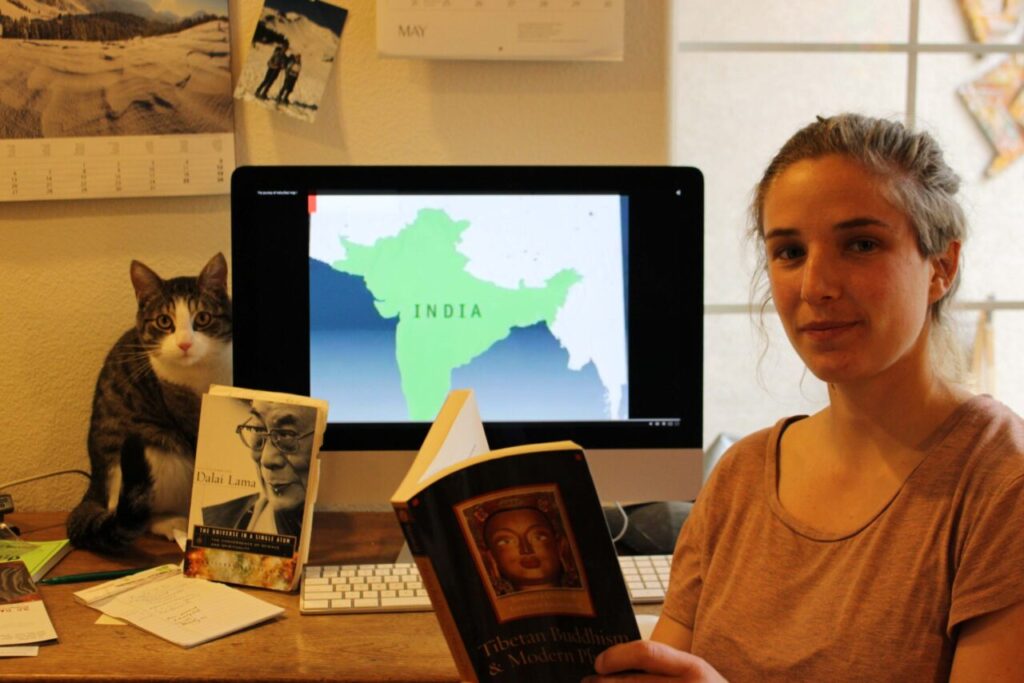 Over the past two decades Tibetan Buddhism and modern Science have been seriously engaging each other in topics of consciousness, origins, and happiness. The excitement of the possible convergence between science and spirituality in a conversation that has been historically polarized between secular and religious values has overshadowed investigative research that aims to understand the quality and impact of the interaction. To start this process, I will look at the lasting effects of two programs; Science For Monks (SFM) and the Emory Tibet Science Initiative (ETSI) on Tibetan Buddhist communities […] 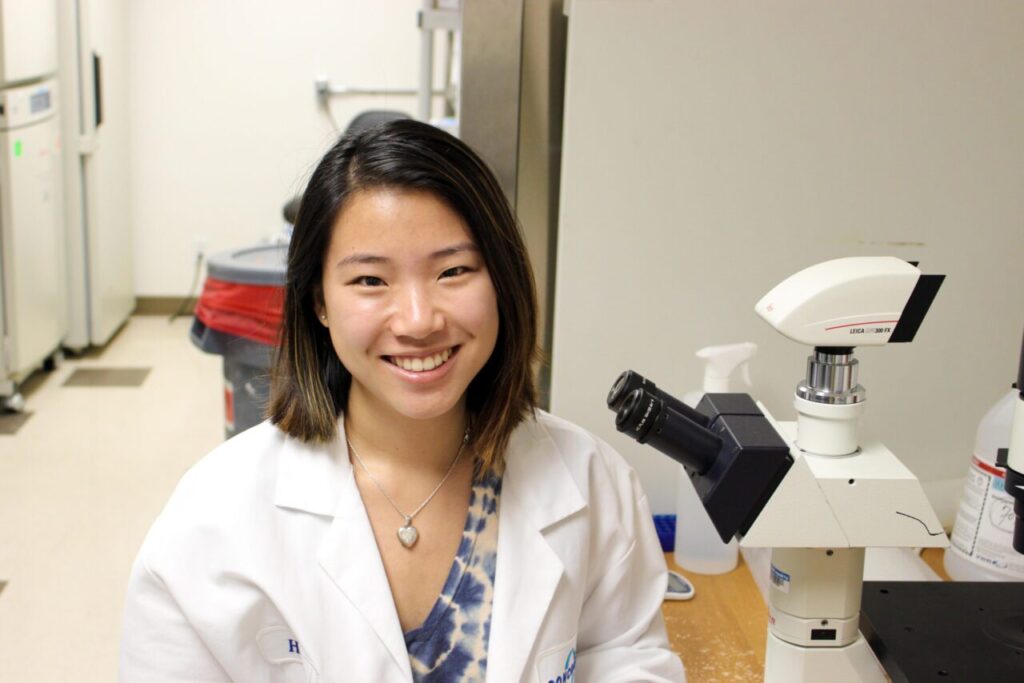 Clathrin-mediated endocytosis (CME) is a process through which cells internalize pieces of their plasma membrane (PM) and extracellular substances. Cells regulate signal transduction, membrane homeostasis, and nutrient uptake through this ancient and highly-conserved pathway. Previous research demonstrated that type I myosins are critical for endocytic internalization. The yeast type I myosin Myo5 is composed of a motor head linked to a multi-domain tail. Myo5 motor activity is necessary for PM internalization, and its tail domains are predicted to bind various cellular structures. Little is known about the precise role of […] 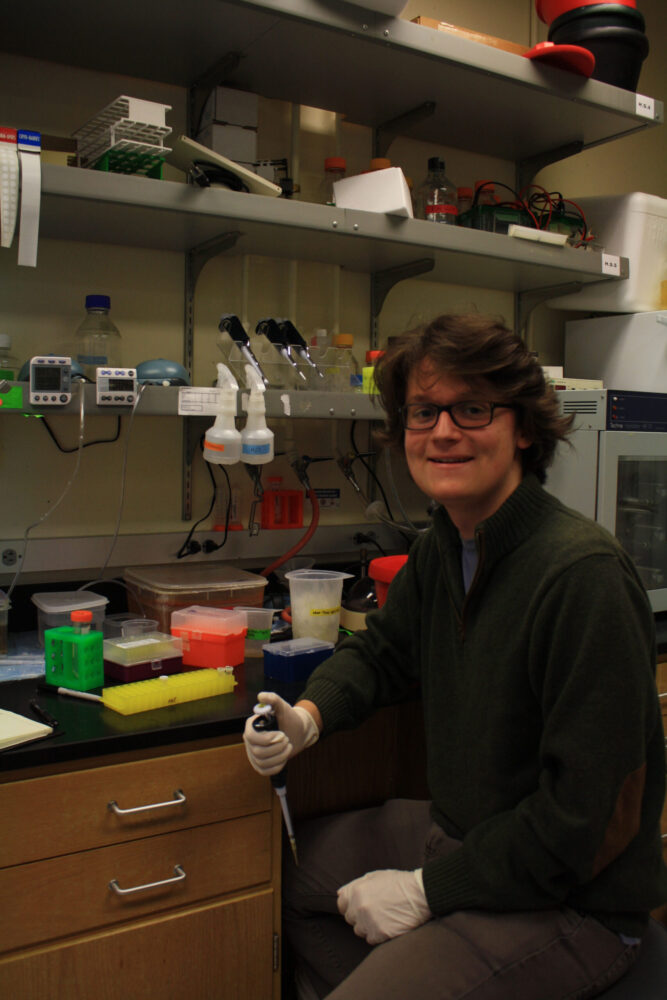 Regeneration is an organisms ability to regrow and compensate for damage to specific cell lineages, and the extent to which it can occur varies greatly among species. My research focuses on the germline, which is the cell lineage entrusted with producing and maintaining gametes that contribute to the creation of offspring. The ability to regenerate the germline is predominately observed in species that can undergo total body plan regeneration such as flatworms and sponges. Parhyale hawaiensis however, is an amphipod crustacean that has been shown to regenerate its germline post-hatching […] 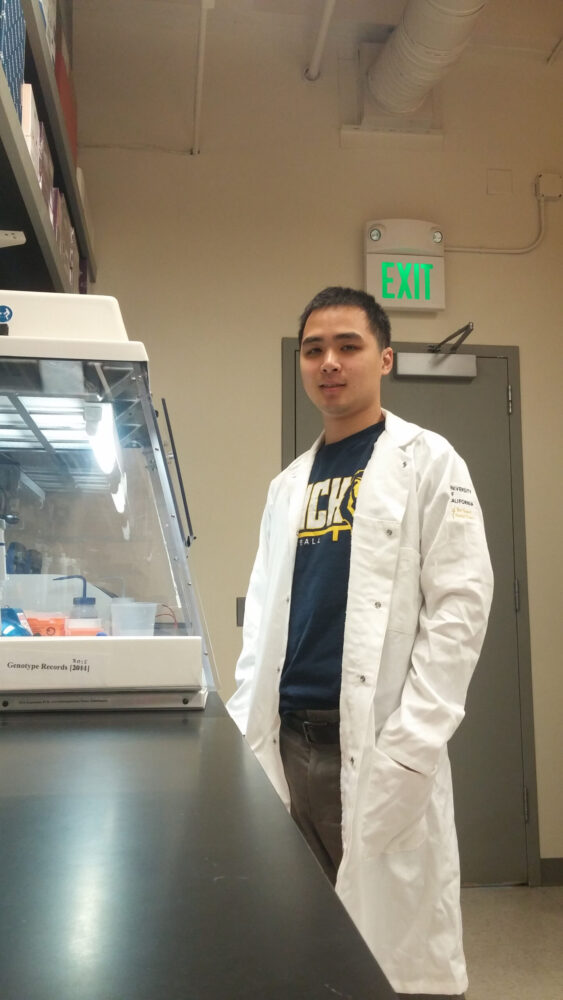 A basic question in neurobiology research is how neural circuits are wired up to perform computations. A classic example of neural computation is that which underlies the visual systems ability to detect the direction of moving object. Input to the retina is encoded by photoreceptors, which are point detectors of light and by themselves cannot determine the direction an object moves. However at the output of the retina, there is a class of neurons that signal robustly when object moves in one direction over any other. These direction-selective cells have […] 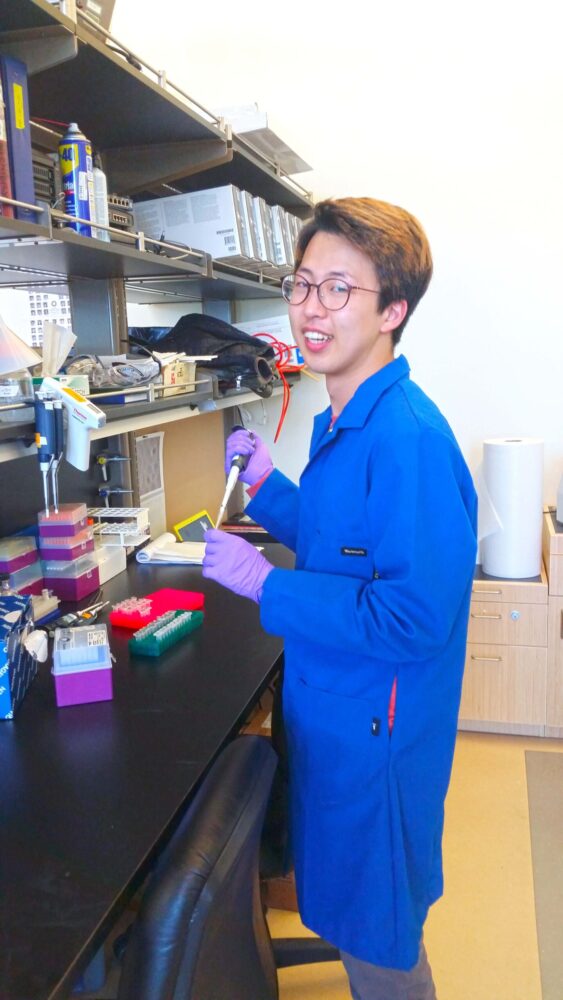 Ubiquitin is a protein that serves as a molecular tag for either degradation of its targets by the 26S proteasomes or for a wide variety of other functions such as DNA repair, transcription, endocytosis, membrane transport, or protein localization in a proteasome independent manner by covalently attaching to its target proteins. Deubiquitinases (DUBs) are proteins that mediate ubiquitin removal and processing to play regulatory roles in multiple cellular processes. The deubiquitinase (DUB) Usp44 is a critical regulator of cell division that acts as a tumor suppressor by preventing premature anaphase […] 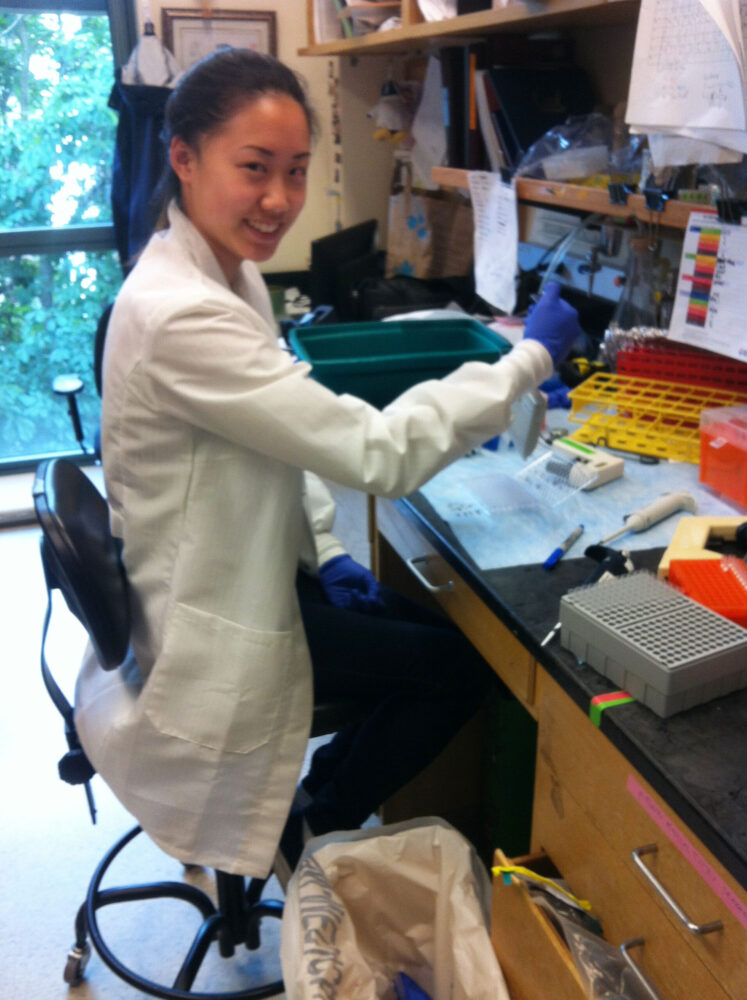 Several lines of evidence support a role for Natural Killer (NK) cells in the immune response to tumors. We recently found that PD-1, a receptor capable of powerfully suppressing the functions of T cells, is expressed by NK cells. However, the cellular networks responsible for PD-1 expression on NK cells are not known. Here, we propose to study the contribution of Regulatory T cells (Tregs) in inducing PD-1 expression on NK cells, by using both an ex vivo and in vivo approach. The proposed research plan will provide important knowledge […] 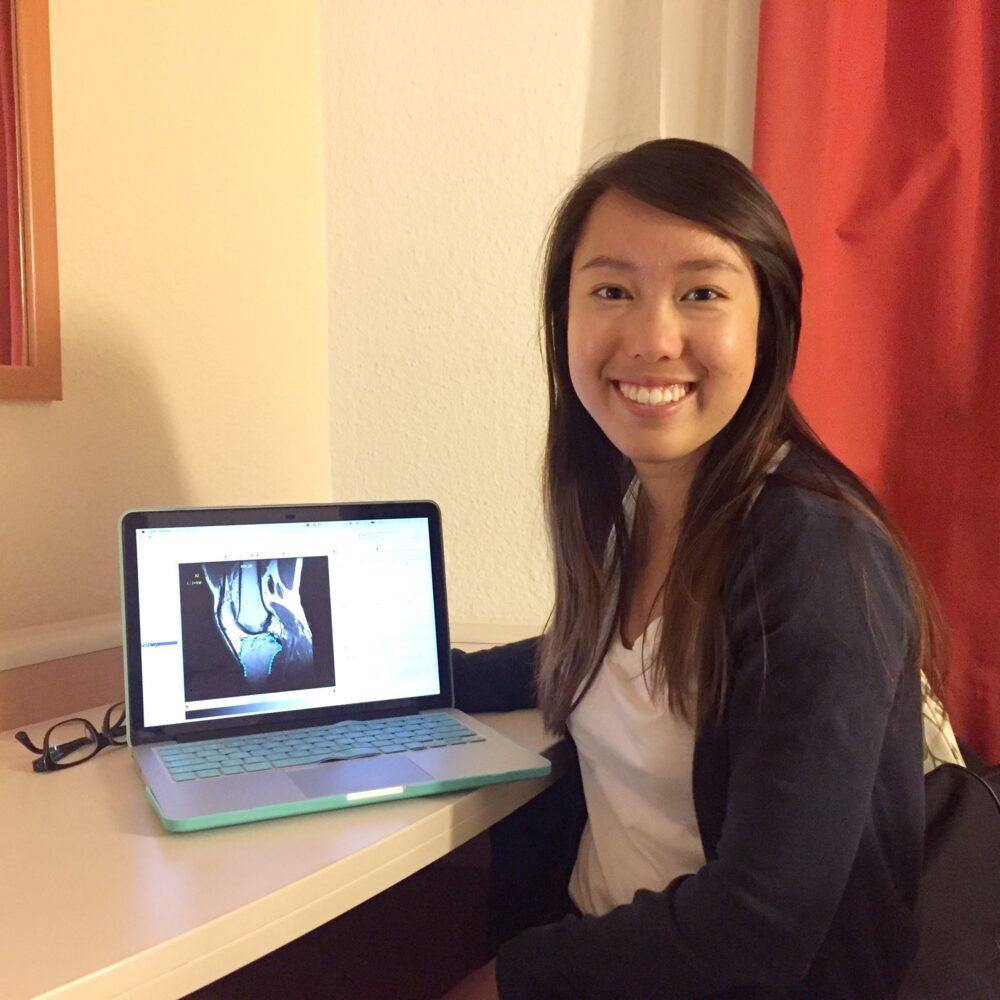 Injuries to the ACL are very common in the young and active population, and this can often lead to posttraumatic osteoarthritis (OA), sometimes as early as in their third decade of life. Like idiopathic OA seen in older individuals, posttraumatic OA causes pain, impaired function, and overall decreased quality of life, but occurs at a much younger age after injury. ACL injuries are commonly treated with surgical reconstruction of the ligament, replacing the torn ACL with a graft. However, surgical reconstruction does not perfectly correct for tibiofemoral joint kinematics. Moreover, […] 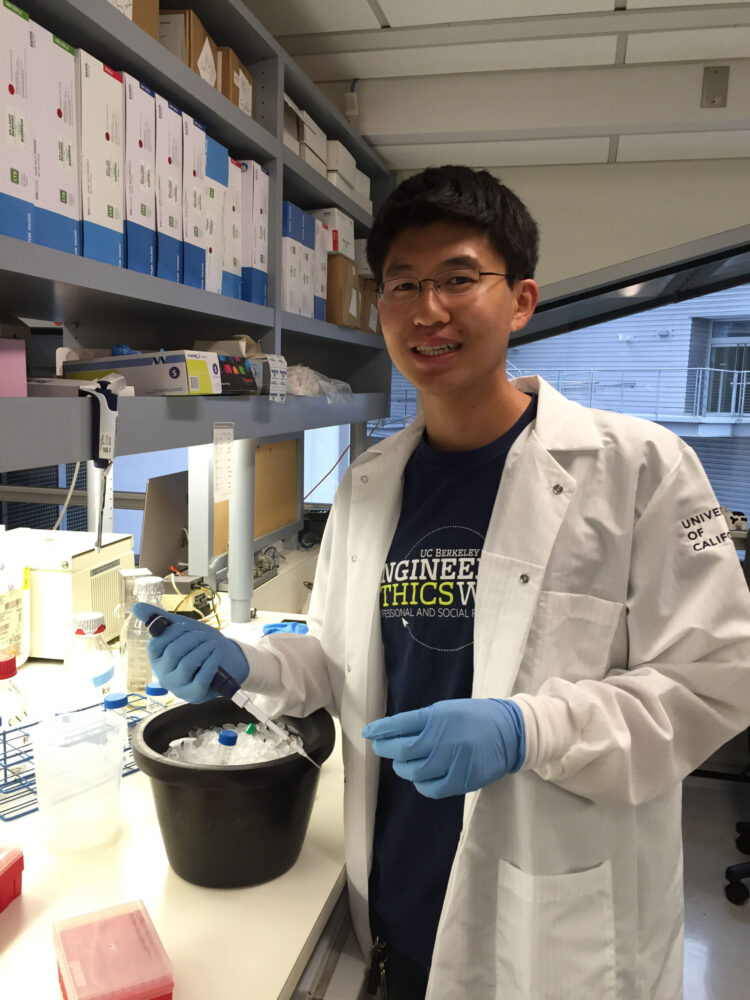 Despite the growing prevalence of diabetes, the exact biological mechanisms leading to the onset of this disease still remain painfully unclear. Type 1 diabetes in particular is caused by an autoimmune attack to an individuals insulin secreting beta cells; this cell population cannot be regenerated and an adverse condition known as hyperglycemia ensues. The immune cells and chemokines present in the pancreas at the onset of this autoimmune response are of interest when considering this disease. Recent studies have suggested that the activity of a particular G-coupled protein receptor may […] 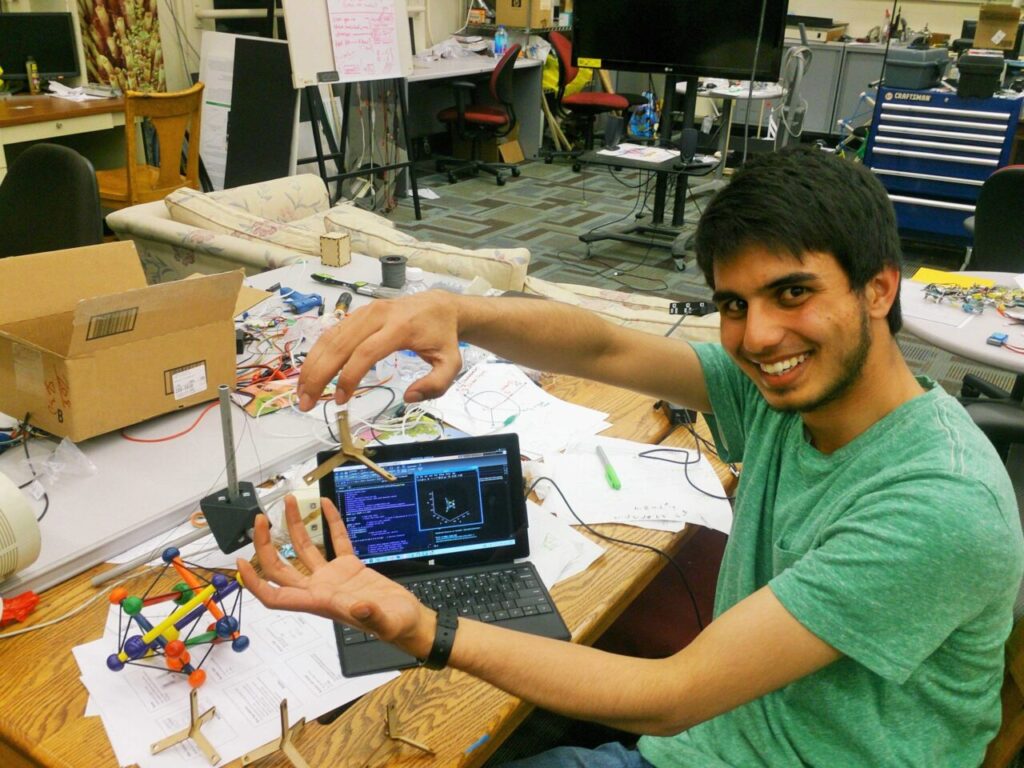 Current robotic designs have limited movement because they involve rigid bodies and links that are connected through restrictive joints. Conventional actuation of these joints is usually achieved through motor and hydraulic control. In contrast, many macroscopic biological systems have evolved to produce locomotion through the actuation of tensile links to control their rigid counterparts. This allows for lighter and better dynamic systems that are capable of safer and more efficient motion. These biological systems can be modeled with a principle known as tensegrity, a combination of tension and integrity. A […]