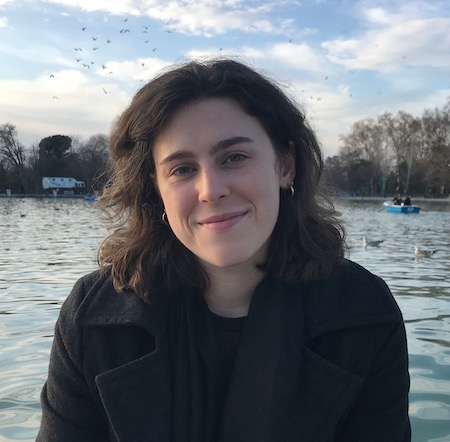 This summer, I will continue my work on Althea McNish, an influential yet under-studied Trinidadian textile designer who lived and worked in Great Britain. After a year researching her and her work, I am now focusing on the broader contexts that surround her designs, including the Caribbean Artists Movement and the British Black Arts Movement. The article on McNish will appear in a special edition of the journal Art History next year that is concerned with questions of global influences on and interactions with British art. I will continue to […] 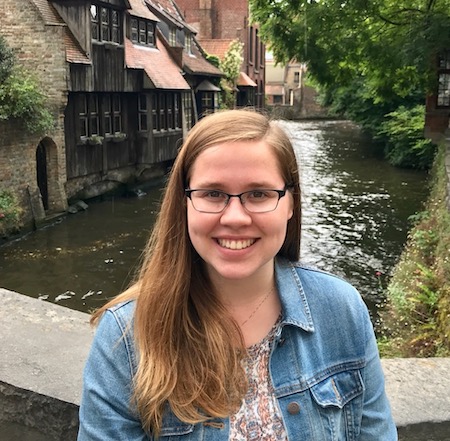 DNA methylation is an epigenetic process wherein methyl groups are added to the nitrogenous bases of DNA molecules. DNA methylation is known to affect transcription and influence gene expression. For the past two semesters, I have been quantifying the global DNA methylation profiles of Northern elephant seals to see how they modulate their gene expression in response to stressors (such as frequent fasting periods and hypoxic conditions) in their environment. This summer, I will continue my research by investigating specific genes involved in the elephant seal stress response and determining […] 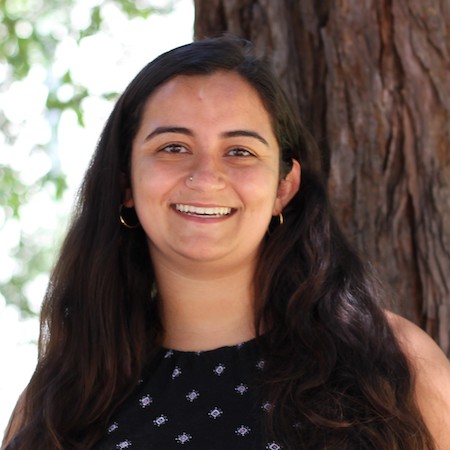 DNA Sequencing offers us insight into some of the possible causes for many diseases. The basis of the analysis of DNA Sequencing is that the sequences that are being analyzed are accurate, and thus that any conclusions that are drawn are statistically significant. Current metrics for the quality control of sequencing data are limited, so I have been working on a software that will include more metrics for more accurate pre-analysis quality control studies. 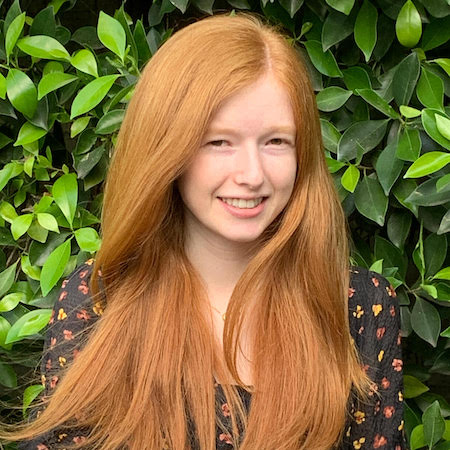 The majority of young stars are surrounded by disks of gas and dust that will eventually serve as the foundation for planetary systems. These protoplanetary disks have been shown to possess a vast array of geometric properties and substructures that are most easily observed when the disks are inclined at an angle of at least 80 degrees, thus blocking the direct starlight. Using images of these “edge-on” disks taken with the Hubble Space Telescope, we can access key information about their structure, while gaining knowledge of how certain disk properties […] 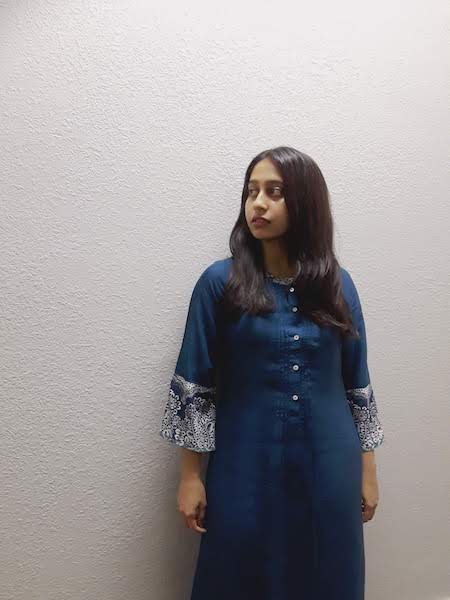 I will examine how the Korean government uses Hallyu, the export of Korean culture as a soft power to increase the world’s exposure to Korea. I will analyze how Hallyu attracts foreigners to be a part of the Korean entertainment industry, roles given to foreigners and their treatment within the industry including pay gap difference between them and their Korean counterparts. I am going to investigate to what extent these foreigners increase Korea’s exposure in their respective countries and how these foreigners are perceived in Korea versus their country of […] 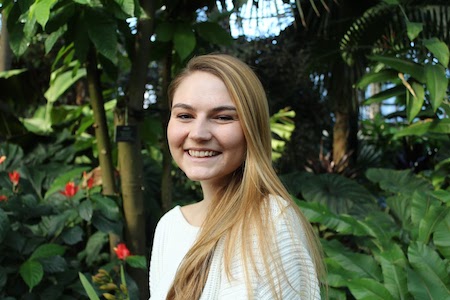 This summer I am working on developing an everyday reasoning measure suitable for middle school aged children. Higher order reasoning skills are becoming a crucial part of taking part in world full of scientific and technological advancements but there is currently not a measure designed to see how students take the reasoning skills they learn in the classroom and apply them to a non-academic setting. For my honors thesis in psychology, I am planning on running a study with children participating in a scientific reasoning curriculum to see if the […] 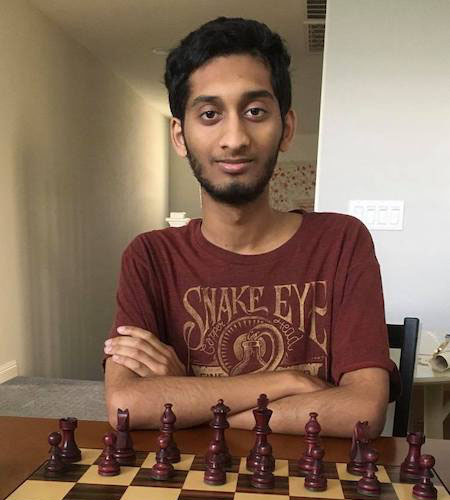 In high-energy astrophysics, the next generation of gamma-ray space telescopes will be used to study gamma-ray bursts, supernovae, pulsars, black holes, dark matter, and more with unprecedented angular resolution and sensitivity. However, accurately tracking Compton-scattering events in the detectors of these telescopes is challenging since most detector systems are not fast enough to time each of the individual interactions. Over the past two semesters, my research has involved using deep learning techniques to try to improve upon classical event reconstruction techniques. In the summer, I will focus on implementing and […] 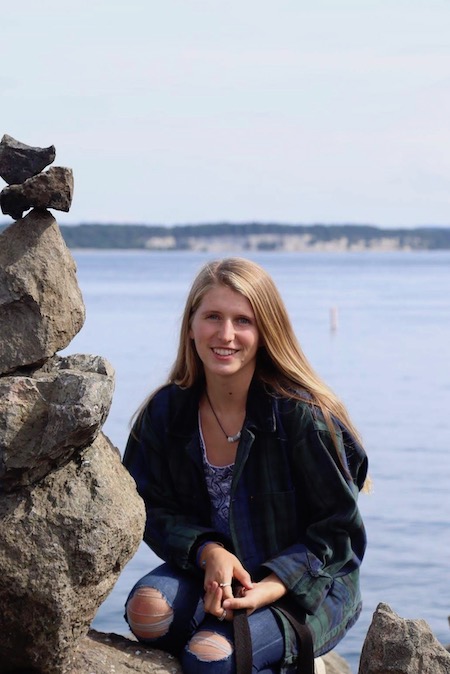 This project aims to determine whether or not bottom-up evolutionary forces such as the enhanced ability to feed on toxic plants are responsible for the evolution of toxin resistance in milkweed feeding butterflies. This hypothesis favoring bottom-up evolutionary forces is contrary to that favoring top-down evolutionary forces such as enhanced protection from predators through the sequestration of ingested toxins. To study this question, we are utilizing CRISPR-engineered Drosophila flies that contain three key amino acid substitutions in their sodium pump. These engineered mutations correspond to mutations found naturally in milkweed […] 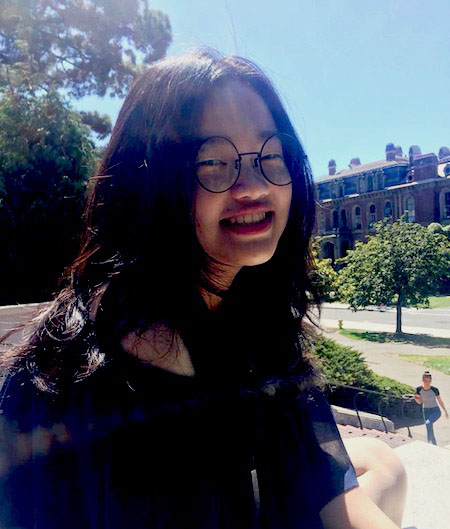 Words can differ dramatically in how widely they are known by others and this distribution has to be learned. For this study, we ask whether children refrain from using a novel word for an object when speaking to an interlocutor who does not know that word (“give me the bem”), by instead employing a description of the object composed of familiar words (“give me the blue one”). 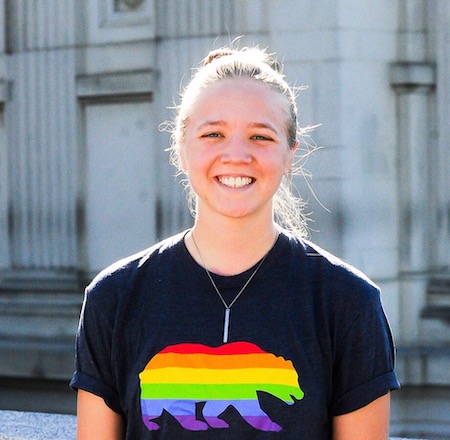 This research project explores the social psychological underpinnings of the debate around inclusion policies and free speech. As college campuses nationwide have instituted policies designed to promote inclusion (e.g., safe spaces, trigger warnings, hate speech codes, and pronoun usage policies), furor and debate have ignited. While proponents argue that inclusion policies protect marginalized and underrepresented groups from exclusion and discrimination, opponents argue that these policies coddle students and violate the First Amendment. The primary questions we seek to ask and answer are: 1) What are the psychological correlates of opposition […]