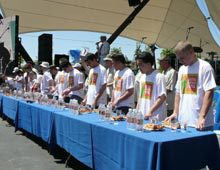 Competitive eating is a vernacular form of cultural criticism masquerading as mass entertainment. My research into the significance of competitive eating in American culture will unveil collective but inarticulated perspectives on consumerism, gender roles and our economic climate. Competitive eating is at once a glorification of American excess and an indictment of it; a direct challenge to idealized human form and a confirmation of its strength. Historically, I believe competitive eating served to homogenize immigrant diet in 19th century America. By tracking the foodstuffs of competition, I hope to prove […] 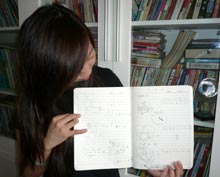 Type II topoisomerases are enzymes that can change the topology of circular DNA molecules. These enzymes are essential to every living organism, which makes them good targets for anti-cancer and anti-bacterial drugs. DNA topology assays are used to determine the efficiency of topoisomerase inhibitors in drug design. In my research, I focus on the unknotting probability of knots by type II topoisomerases. In our previous study, our group built a mathematical model in simple cubic lattice to simulate how random strand passages generate the knotting distribution. We intended to use […]

Frontotemporal Dementia patients suffer behavioral disturbances which mimic primary psychiatric illnesses such as bipolar disorder or schizophrenia. Unfortunately, awareness of this neurodegenerative disease is limited in the psychiatric world and often demented patients are misdiagnosed. The Memory and Aging Center (MAC) at the University of California San Francisco conducts one of the largest investigations into the frontal variant dementias in the nation. I plan to systematically review 450 patients research charts at the MAC in order to precisely quantify the rate of psychiatric misdiagnosis for each of the dementia subtypes. […] 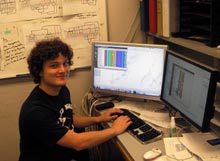 My research fuses the disciplines of genomics and phylogenetics in order to characterize the evolution of large gene arrays. My research focuses on an eighty-one member pre-tRNA gene array located on chromosome one of Arabidopsis thaliana. The array itself is subdivided into twenty-seven triplet gene units, each triplet consisting of a single pre-tRNASer gene and two pre-tRNATyr genes, respectively. Using genomic data, such as syntenic analysis with outgroup species, and phylogenetic reconstruction of the evolutionary history of the genes in the array, my research aims to elucidate the history of […] 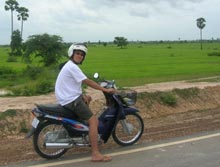 In my ethnography I explore the question of justice and memory in the aftermath of mass atrocities in Cambodia. For Cambodians, who have had to engage in a daily process of reckoning with the memory of (social) death, re-making a world has necessarily involved a delicate reweaving of kinships torn asunder by the violent alterations of life. I wish to look more carefully at these everyday practices of living as practices of bearing witness. With the anticipated commencement of the Khmer Rouge Tribunals, I seek to interrogate the role of […]

While economic consensus defined Development in terms of output growth, the Costa Rican state pursued human development both as an end in itself and as a means of achieving economic growth. Previous investments in human capital under a protective labor regime have ensured todays Costa Rican employers a stable, high-skilled work force. Yet in the context of mounting pressure to create a flexible labor market, the Costa Rican labor force risks losing the protections which are in fact the source of its competitiveness. Using national census data, interviews with union […] 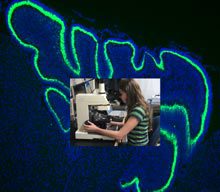 Growth factors are not traditionally known to play a role in cell migration. However, preliminary data suggest that insulin-like growth factor (Igf) functions in the guidance of granule cells within the cerebellum. The cerebellum is an important structure, responsible for the fine control of balance and movement and also involved in motor learning and memory. The cerebellar granule cell is the most abundant neuron in the brain, and investigating its development and wiring could provide insights into the functioning of the cerebellum and into diseases that affect its function. Using […] 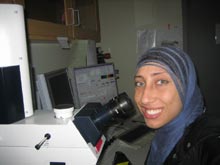 In adult animals, many tissues undergo continuous renewal, a process in which older cells die and are replaced by newly born cells. These new cells are generated by the proliferation of tissue stem cells, which divide continuously throughout the animal’s lifetime. The process of tissue self-renewal has long been thought essential for the maintenance of tissue structure and function; however, this presumption has never been explicitly examined. In my SURF project, I will explore the necessity of tissue renewal using the Drosophila epithelial midgut as a model system. Specifically, my […]

Hesiod’s Theogony belongs to the genre of Classical Greek Epic Poetry, a genre most popularly exemplified by Homer’s Iliad and Odyssey. Every known epic poem was written almost entirely in the Ionic dialect of Classical Greek. Despite this fact, both Homer’s and Hesiod’s poems contain words unique to the Aeolic dialect. I will study the use of these Aeolic words in Hesiod’s poems, and I will compare his use with Homer’s in an effort to explain the presence of these unexpected dialectal forms. This will have implications regarding the development […] 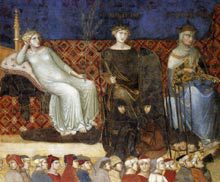 One of the earliest fresco cycles to be of secular imagery and subject matter solely, the Allegory of Good and Bad Government (c. 1337-40) frescoes by Ambrogio Lorenzetti portray an idealized portrait of Sienese society under one of its most potent ruling bodies, the Nine. Within and around these frescoes are inscriptions in the italian vernacular, which have been given insufficient attention and analysis by scholars. The images and inscriptions operate in conjunction, forming a dialogue. This simultaneous operation was utilized by the Sienese government as a form of self-construction […]